How Many Knows that There is a River Like This? 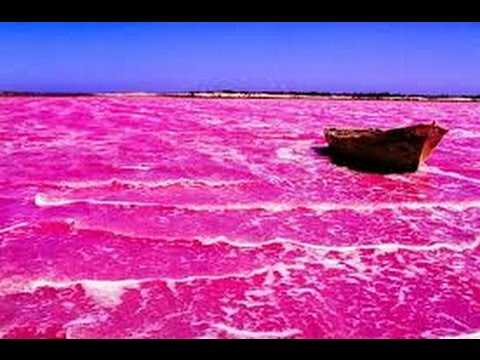 We are living in a world surrounded by interesting phenomenons of nature. There are quite a number of things that occur in nature that humanity have not seen or heard of. However, we are familiar with quite a number of these things, but not all the puzzles surrounding them has been successfully resolved.

Lake Hillier is a saline lake on the edge of Middle Island found in the south coast of Western Australia. It is particularly notable for its pink color. This color is not a mere optical illusion or some gimmick mirage, it is very real and authentic.

The most notable feature of the lake is the vibrant pink color it has. However, this is not the only pink lake in the world but the only one that will not loose it colors when collected in a container.

The pink color is considered to be due to the presence of the organism Dunaliella salina.

Dunaliella salina is a type of halophile green micro-algae especially found in sea salt fields. Known for its antioxidant activity because of its ability to create large amount of carotenoids, it is used in cosmetics and dietary supplements.