Women Will Be Happy After Knowing This Facts! 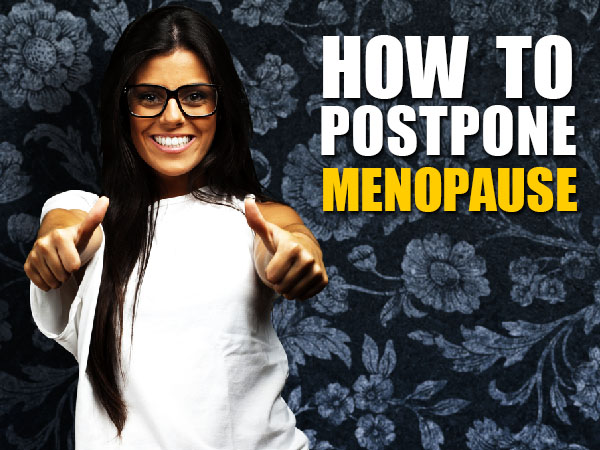 No woman welcomes the onset of menopause: the hot flushes that comes with it, the lack of proper sleep, the weight gain, the lowered libido, and other unwelcome symptoms.

Women wouldn't mind if they can just avoid this unappealing time of their lives -but its rather unfortunate that it is a clarion call that they must obey. Although menopause cannot be stopped but can be delayed if some requirements are met.

The onset of menopause have actually been linked to the declination of a woman's reproductive hormone. While this can be a natural phenomenon that at some point in a woman's life, their hormone levels will be reduced, there are also some culprits that could hasten up the decrease of this hormones and bring about a quicker than normal menopause.

Below are things you may want to consider if you don't want your menopause to come quicker than expected.

Older non-stick cookwares are covered with a chemical called perfluorooctanoic acid (PFOA), a chemical which can disrupt hormone levels. It builds up overtime and can be detrimental not only to the reproductive health but also, the woman's general well being.

Studies have shown that women who ate skimmed milk products, may have their menopause delayed compared to other women who eat fat rich diary products. It’s thought that enzymes in the milk of cows can boost estrogen levels, and hence boost the reproductive system. So it may be better if you start engaging on a skimmed milk diet rather than a fattened ones.

Be careful about using plastics utensils

Experts believed that pliable plastics, like clingfilm, have some harmful chemicals that can alter the functioning of our hormones. It will be better if you can reduce the use of these plastics or plastic in general as your kitchen utensils and rather replace them with those made from woods or other metals without harmful compounds like stainless steel utensils.

The quest for beauty may sometime be the route to destruction. I guess no one can deny that fact. It might come as a surprise that the anti-aging moisturizer you are using to combat wrinkles is actually a weapon fighting against you in a subtle way that you are not be aware of.

However, it may be safe to use a naturally based anti-aging moisturizer rather than a chemically formulated one. Because most of these moisturizers contains harmful chemicals that are absorbed directly into the body, which can bring about hormone imbalance.

Scientific studies have shown that women who consume fish two or more times a week tended to start their menopause later than those who didn’t. I guess you may want to consider this.

Fish has been laudable over any other type of protein, because of the quality protein it contains.

Fish also contains “Essential fatty acids such as Omega 3 fatty acids which help ‘oil' the body by lubricating the joints, skin and vagina. It also helps to improve hormone level and hormone balance both in men and women.

After reading this article, you may probably have realized that whether menopause will come sooner or latter, totally depends on you. Now that the ball is your court, its now left for you to decide the direction you want to play it. Good luck.