Several Rituals Your Family Can do With Your Body After Death 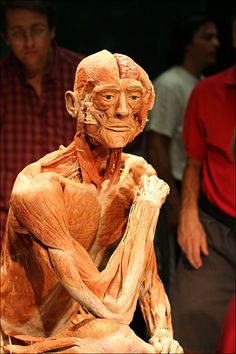 It is a common practice among different cultures and traditions that after one dies his/her body is buried, or rather burnt to ashes; for traditions that still practice cremation. It is virtually everyone's wish that after death, one's  body should be disposed in the best possible way ever.

Some people have actually chosen a bizarre or rather interesting ways they should be buried after they've passed on, which is quite different from the normal conventional ways of performing burial rights. We may have heard of people been buried in Lamborghini, and Ferrari, others had their coffins encrusted with diamonds or platted with golds, others wanting their remains to be put to a more better use.

All the same, if you want to go out in a unique way different from the normal and conventional ways or you want your remains to be put to a more better use, then you may want to consider the following options;

You can float into Space

Your body can be made to revolve round the earth just like the satellites. If you have ever wanted to be an astronaut and travel to space then you had no opportunities, you may want to consider this after you passed on, you might want to consider spending eternity as a speck of space dust.This is very possible if you are resolute.

For less than $5000, you can send your cremated remains into space to orbit round the earth. You will receive a customized “ash capsule” to hold your ashes which will be loaded into a satellite and sent off into the cosmos. Your name might even be inscribed on the satellite as a memorial if you wish. Its going to be a dream come true for you, just give it a thought if you were interested.

You can become a sparkling Diamond

This practice had been on for quite some time now. There have been cases of people who had their remains converted to diamonds after they've passed on, the diamond served as a monuments for their families. There are quite a lot of companies around the world that are into this business. If you thought this is impossible then let me shock you;

Diamond is an allotropes of carbon, it is the way in which carbon exist in a pure form. According to organic chemistry living things are designed from carbon compounds, carbon is the dominant substance from which all living things are made. So how is this human diamond possible?

First, the dead body is cremated and converted to ashes. The ashes is then purified with acids. After purification, the diamond is 99 percent pure, free from all impurities except boron . This is because boron and carbon have similar properties, which makes it difficult separating both of them. The boron particles will be the one responsible for the sparkling blue color the diamond is going to have, the more boron, the bluer the diamond.

You can become An Ice Cube