Great African Empires that Made History 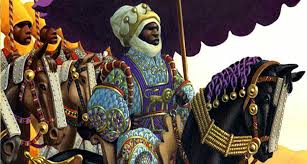 Africa has been a home of notable history right from the ancient times, it is the place were civilization started on earth. According to historians, it is the birth place of human evolution, philosophy, literature, and science. However, most of it notable deeds have been lost to history due to lack of proper documentation.

Below are some of the great empires in Africa that made history.

The Kingdom of Kush

The Kingdom of Kush was an ancient kingdom in Nubia, located at the Sudanese and southern Egyptian Nile Valley. It was established after the fall of the Bronze Age and the disintegration of the New Kingdom of Egypt. It was an economic center that operated a lucrative market in ivory, incense, iron and gold. The kingdom was both a trading partner and a military rival of Egypt, it was said that most of it customs and traditions was influenced by the Egyptian culture and according to historians, it even ruled Egypt during the 25th dynasty.

The Kingdom of Aksum

Aksum as a kingdom existed from approximately 100 AD to 940 AD.  It was an ancient kingdom centered in what is now Eritrea and the Tigray Region of northern Ethiopia. It was ruled by powerful sovereigns emperors, who called them selves king of kings. It was a trading juggernaut whose gold and ivory made it a vital link between ancient Europe and the Far East. Aksum became one of the first empires in the world to adopt Christianity, which led to a political and military alliance with the Romans. The empire later went into decline sometime around the 7th or 8th century, but its religious legacy still exists today in the form of the Ethiopian Orthodox Church.

The Mali Empire was the largest empire in West Africa and profoundly influenced the culture of West Africa through the spread of its language, laws and customs. The empire was founded by Sundiata Keita and became renowned for the wealth of its rulers, especially Mansa Musa. Its major cities were Djenné and Timbuktu, Timbuktu is also celled "the home of gold" and the home of Islamic scholars. It is a place where every race came to learn from black teachers who taught Greeks, Romans, Asians, and Arabs. At its peak it was one of the jewels of the African continent and was known all over the world for its wealth and luxury. The Mali Empire eventually disintegrated in the 16th century.

The Great kingdom of Zimbabwe is one of the most renowned empire in Africa. This kingdom came about after the collapse of the Kingdom of Mapungubwe where it rulers brought most of their artistic and stonemasonry traditions from. It is an empire with an imposing collection of stacked boulders, stone towers and defensive walls assembled from cut granite blocks. This kingdom ruled over a large chunk of modern day Botswana, Zimbabwe and Mozambique. Precious metals and raring of Cattle was one of it major source of wealth, most of it trades were transacted with other parts of Africa and Asians along the Indian Ocean.

The Benin Kingdom, was a pre-colonial kingdom in what is now southern Nigeria. The Kingdom of Benin's capital was Edo, now known as Benin City in Edo state. The Benin Kingdom was "one of the oldest and most highly developed states in the coastal hinterland of West Africa, dating perhaps to the eleventh century CE", until it was annexed by the British Empire in 1897.

The Benin empire is famous for it art work, civilization, military might, and the famous "walls of Benin". The Benin wall is said to cover a total area of  2,510 sq. miles (6,500 square kilometres) which is four times longer than the Great Wall of China, and consumed a hundred times more material than the Great Pyramid of Cheops. It was estimated that about 150 million hours was needed to establish such an enigma project, making it the largest single archaeological phenomenon on the planet.