Reason Why Items Have Their Specific Shapes 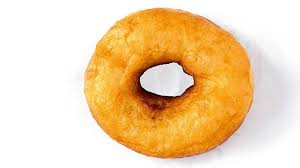 If you observe, you will notice that there are quite a number of things we see around us that have their specific shapes. But has anyone ever taken out time to ask why these stuffs where made that way? and the motivation behind why they look the way they are? However, in this article, we will be seeing some special reasons why some of our everyday things were made to look the way they are.

Why Sugar Is In Cubes

Sugar used to be sold in tall, hardened cones called sugar loaves. People went through quite a lot of stress trying to get sugar ready for tea. They would first of all break the sugar into crumbs before putting it in the tea, and of which this was not an easy thing to do.

There came a time in the 1840s when Juliana Rad sliced her finger while cutting sugar. Juliana was the wife of Jakub Krystof Rad, owner of a sugar mill. She complained to her husband Jakub, asking why he could not make sugar portable enough to fit into a cup and save people the stress of cutting. This made Jakub to take another route in producing sugars, he invented sugars with a cubic shapes, which came in a more handy form compare to before.

Why Airplane Windows Are Rounded

Airplane windows were initially made in squared shapes. But the problems that resulted from this was rather too disastrous, thus, It was leading to too many plane crashes due to an uneven distribution of air pressure across the windows. Square windows were quickly replaced with curved windows, which distributed air pressure over it surface evenly.

Why Doughnuts Have A Hole In The Center

The ring nature of doughnuts is credited to a sailor named Hanson Gregory (1832–1921). He proposed that a hole should be punched in the middle of doughnuts before frying so that the insides would cook as evenly as the outsides.

Most experts believe that this reason makes a lot of sense, because when dough is placed in a fryer, the outsides and edges will cook quickly, because they're exposed to the hot oil. To fully cook the insides of the dough, the dough would have to stay in the oil for a longer time, which would lead to the outsides becoming burnt. So punching a hole in the middle would be a better alternatives to prevent this cooking mishaps.

Why Love Is Represented With A Heart Shape

Love is depicted universally with a heart shape that does not look like a real human heart. Several theories have been proposed for this, but the most common one involve the extinct silphium plant.

This plant was popular among the Romans and Greeks in the ancient times, they used it as food seasoning, cough syrup, contraceptive and a symbol of love and sex. Some historians say that the seedpod of the silphium plant looks like the heart shape which we use to represent love today.

Why Light Bulbs Are round

Light Bulbs are round because their filaments is placed at their centers so that it can evenly distribute light across a certain area.