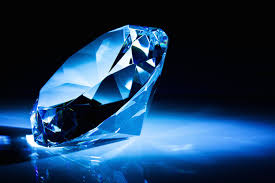 Cremation of corpses used to be an old practice, but right now i think it is becoming a tradition that most tribes and cultures would love to revisit due to how it can be harnessed into producing something tangible.

Most people thinks that cremating corpses is an environmentally friendly practice while others thinks it is an inhumane and a nonreligious process, but with this new innovation i think most people are going to start having a second thought about this debate.

Knowing that you can get a diamond from dead bodies is something that many would be interested in, but however, i just hope this does not bring a chaos to the society.

Within the last few years, several businesses have sprung up, offering to turn the cremated remains of our dead relatives and animals into “memorial diamonds" as they have called it. This process is very very possible because diamond is made exclusively of carbon, which is one of the most abundant element in living things.

The human body produces several pounds of ashes after cremation. However, this is often accompanied with impurities, which can be removed when the ash is purified with acid

After purification, the diamond is 99 percent pure, free from all impurities except boron this is because boron and carbon have similar properties which makes it difficult separating both of them.

However, the boron content has been shown to add some beauty to the diamond, making it become a blue diamond. The more boron, the bluer it becomes.