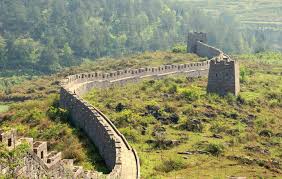 The Benin empire is one of the most influential empires of the precolonial era in west African. The credence of this empire is well known both in African and in overseas. It was located in what is know the southern part of Nigeria with it capital in the present day Benin city of Edo state.

The Benin empire was one of the oldest and most highly developed states in west Africa, dating back to the 11th century. The Guinness Book of Records (1974 edition) described the walls of Benin City and its surrounding kingdom as the world’s largest earthworks carried out prior to the mechanical era. According to estimates, Benin City’s walls were at one point “four times longer than the Great Wall of China, and consumed a hundred times more material than the Great Pyramid of Cheops”.

The Great Wall of China is often considered the longest wall ever built. Surprisingly, it is not. The longest wall (or series of walls) ever constructed is in Benin, Nigeria.

Called the Walls of Benin, they surrounded the ancient city of Benin. They were built to protect the city from invaders, and some parts were reinforced with ditches.

The structure was actually a series of walls, just like the Great Wall of China. The innermost one surrounded the capital where the king lived. An outer wall enclosed the village closest to the capital. Another wall surrounded that village, and it went on until the barriers encircled 500 villages and reached 16,000 kilometers (9,900 mi) in length.

Historians think that the Walls of Benin took 150 million hours to complete, making it the largest construction project ever undertaken. But lack of maintenance and accreditation dedicated this great iconic statue into the hands of ruin.