Several Ways The World Could Come to an End 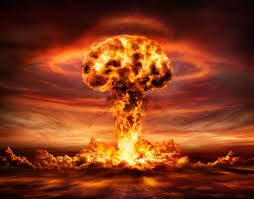 According to science we are living in an unstable universe that can collapse at anytime. Even science as well believed that the universe might come to an end one day due to its unstable nature.

According to the famous physicist of the 21st century Stephen Hawking, he claimed that the existence of the Higgs boson under the quantum theories means that the universe could spontaneously collapse at any moment. And when this happens, it mean game over.

Here are ways the universe could come to an end according to science.

The Earth Could Fall

We all know that the earth is a big ball hanging on nothing in space, it is only been controlled by the gravitational influence of the sun which is making it not fall away. The earth can fall in two ways either towards the sun to be consumed by the sun or away from the sun to continue falling for eternity.

The gravitational force of the sun is the attractive force that tends to pull the earth towards itself but the reason why the earth is not falling to the sun is because the earth has a sideways momentum, external influence acting on it trying to make the earth look stable and keeping it in it orbits. If the earth in anyway looses this stability, it will either collapse into the sun or fall away from the sun and keep falling for eternity but there is a high tendency of it falling towards the sun due to the strong gravitational pull of the sun.

The gravitational pull of the sun is also acting on the moon, it is said that the moon moves 1 inch away from the earth every year, it thereby means that the moon is gradually getting towards the sun due to the sun's gravity that is why it was predicted that in many years to come we may no longer see a total eclipse because the moon will be too small to completely cover the sun.

A gamma-ray burst (GRB) is an explosion of high-frequency electromagnetic radiation. A burst can give off a stream of energy greater than the Sun could ever produce in ten billion years, the funny part of it is that it could happen in seconds. Scientists believe that GRBs may be caused by exploding stars or by collisions of neutron stars and when this hits the earth, that would be the end.

In July 2012, a giant solar flare which is also known as a plasma cloud almost hit the earth but thank God it missed. Supposing it had happened, it would have been a very big catastrophe leading to a lot of damage which the earth would not have been able to curtail.

A flood basalt is the result of a giant volcanic eruption or series of eruptions that can covers large stretches of land or the ocean floor with basalt lava. Some scientists believe that almost all mass extinction events in the history of the Earth have been connected to these flood basalt eruptions. Scientist believed that when this happens, it could release sulfur dioxide into the atmosphere, which reflects sunlight away from the Earth. This would be followed by acid rain and then respiratory illnesses. Livestock would die, and aircraft would be grounded. As time passes, however, the planet would actually get warmer due to all the carbon dioxide and water vapor introduced into the atmosphere by the event. Gradually the earth will cadence away.

Swallowed By A Black Hole

A black hole is a region in space with the greatest gravitational force ever known. It is called black hole because nothing can escape from it not even light particles, this is because of it strong gravity. There is a possibility that Earth could be swallowed by a black hole. A black hole is formed when stars collapse on itself. It is so strong that it can even swallow up the sun.

It is no news that most countries have started embarking on a nuclear projects just to fortify their arsenals in readiness for hostility with other nations. Nuclear weapon is a weapon of mass destruction that can have adverse effects on the entire universe. The first and the last time it was ever used was during the second world war when it was used by the US on two major cities of Japan, Hiroshima and Nagasaki, the effect was very fatal.

However, the nuclear weapon used during that period was just an atomic bomb which is in no way compare to the types that are being produced now. The nuclear weapons of this century are ten to twenty times more stronger than the one used in Hiroshima and Nagasaki, so you could see how devastating it would be if any is used on any nation now.

Should a nuclear war break out today, it has been predicted that the fallout would be “similar to the extinction of the dinosaurs.” Soot created from the destruction would alter the climate, cooling the Earth’s surface and heating the upper atmosphere, with “potentially devastating effects.” Agricultural process will be altered due to mutation and there will be food scarcity. This will not be a very good news to the world.