On this Day In History July 16th -- The Muslim Era Began 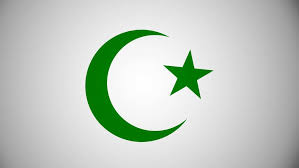 The people of Yathrib, a prosperous oasis, welcome Muhammad and his followers. As a result, the move from Mecca in 622 comes to seem the beginning of Islam.

The Muslim era dates from the Hegira - Arabic for 'emigration', meaning Muhammad's departure from Mecca. In the Muslim calendar this event marks the beginning of year.

Yathrib is renamed Madinat al Nabi, the 'city of the prophet', and thus becomes popularly known as Medina. Here Muhammad steadily acquires a stronger following. He is now essentially a religious, political and even military leader rather than a merchant.

He continues to preach and recite the words which Allah reveals to him. It is these passages, together with the earlier revelations at Mecca, which are written down in the Arabic script by his followers and are collected to become the Qur'an.

1519 Public debate between Martin Luther and theologian Johann Eck at Pleissenburg Castle in Liepzig, during which Luther denies the divine right of the Pope

1661 1st banknotes in Europe are issued by Bank of Stockholm

1945 1st test detonation of an atomic bomb, Trinity Site, Alamogordo, New Mexico as part of the US Manhattan Project

1980 Ronald Reagan nominated for US President by Republicans in Detroit

2005 "Harry Potter and the Half-Blood Prince", the 6th book in the series by J. K. Rowling, is published worldwide. 9 million copies sell in 24 hrs

2018 US President Donald Trump appears to accept the word of Russian President Vladimir Putin over US intelligence services about Russian meddling in the 2016 US election, in an interview after the two leader's Helsinki Summit