These Countries Don't Have a Single Tree Not Even One 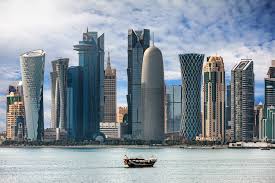 Trees is an important part of nature, they are the lunges of the earth. There would be no air to breathe supposing there were no trees around. Aside that, trees are the breeding grounds of several animals found in natures most especially our lovely birds, imagine going to a park surrounded by trees during the autumn just to cool off, feel the breeze, enjoy the melodious chirping of the birds, and the gentle sounds of falling leaves, what a wonderful feeling that is !

It may come as a surprise that regardless of how important tree is to us and to nature, you could barely find them is some countries. How would it even look like to go to a place without trees?

Greenland- a land without GREEN

How can somewhere bear a name that appeared to be an irony? Anyway the name is a bait, it was given to the land by the Scandinavians just to attract settlers. It is an autonomous region of Denmark covered in ice, it has nothing green not even a single grass so it appeared that this place has not trees.

Qatar is a very rich nation, it has the world greatest airline and a large number of skyscrapers, it is a very beautiful place to behold. But if you are the type that have something for trees then this place is not a place for you because it has none or not much. Qatar used to be a desert, it has no indigenous settlers more than 99 percent of the people in the present day Qatar are immigrants from nearby middle east countries most especially Saudi Arabia.

However a project has been launched in recent time, they are beginning to grow man made forest just to have trees around. Anyway they can because with money virtually all dreams come through.

The Faroe Islands- the most magical place

This place has no trees. But however it is a place rich in shrubs which is a good source of medicine. No wounder the people there are very healthy

Haiti- a victim of deforestation

It is said that until the year 1923, around 60% area of Haiti was covered in trees. However, this small Caribbean country fell prey to huge deforestation and today, only a little number of trees is left. The aerial photographs taken in the 1940s and 1950s show major deforestation in the country and by the year 1986, Haiti reached the peak of the environmental crisis. Of course, when there aren’t trees, there won’t be the products you get from them. The environmental crisis soon turned into an economic crisis too!

While describing a scene in her novel “The Twelve Tribes Of Hattie”, the writer Ayana Mathis says, “She smelled the absence of trees before she saw it…". This absence of trees has made life quite challenging for countries like Greenland and Haiti.