Chewing Gum Is a Criminal Offense In Singapore - See Why 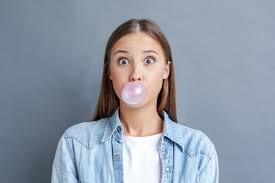 Chewing gum has been banned in Singapore since 1992. The ban was part of the policies introduced by Prime Minister Lee Kuan Yew in 1983 which made Singapore the first country to do so.

Chewing gum was causing serious maintenance problems both in homes and in public places. People were disposing spent gum in mailboxes, inside keyholes, and elevator buttons. Chewing gum that were left on the ground, stairways, and pavements in public areas increased the cost of cleaning and was damaging cleaning equipment. Gums even stuck on the seats of public buses. This was becoming a big problem to the country.

In 1987, a railway system project was commissioned which was a very huge project for Singapore as at that time. It was reported that vandals had begun sticking chewing gum on the door sensors of the trains, preventing doors from functioning properly and causing disruption to train services. In January 1992, the ban for chewing gum became official.

However, Singapore relaxed the ban in 2004, when the government permitted pharmacists and dentists to sell medical chewing gum. It means that people could now buy chewing gum strictly on prescription from doctors, anything from that is a criminal offense. However, tourists and visitors are allowed to bring limited amounts of chewing gum into the country for personal use which should not exceed only two packs of chewing gum.