Incredible Things You Didn’t Know Your Brain Can Do 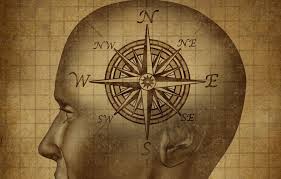 The more we try to study the brain, the more mysterious it becomes. No wonder studying the brain alone is a discipline on its own known as Neuroscience. The brain is so complex that we fully do not understand it functions and most of the things it can do seems like mysteries.

Here are some of the incredible things you didn't know your brain can do.

You might probably have heard of many people who claimed that they do wake up at the exact time they planned they would - they usually say they do not need an alarm clock to wake them up.

However, this is true, the body naturally have an alarm clock that may even look better than the artificial ones you get from the store. As long as you stick to a regular sleeping schedule, this is very much possible

Listen And Learn During Sleep

It is a general knowledge that the brain is suppose to slow down and rest during sleep, but is this actually happening?

In a study, scientists had native German speakers start learning Dutch, beginning with some basic vocab. Then they asked them to go to sleep. Unknowingly to the dozing Germans, while they slept, the researchers played the sound of some of those basic words to one group of them. The other group was exposed to no such sounds. Later on when they were tested on the words, the group that had listened to them overnight was better able to identify and translate them.

Take, for example, a study by Nobel laureate Santiago Ramon y Cajal, who dedicated his life to understanding the impact of mental practice on the brain. Back in 1904, he taught basic piano lessons to two groups of subjects who had no previous experience with the instrument. While one group was taught on the actual piano, the other was just told how to move their fingers and what the notes sound like. At the end of it, he found that both the groups had learned to play the sequence they were taught at a similar skill level.

Research shows that the brain can make a quick judgement on people you meet for the first time and you will be correct. Most of the time when we come in contact with someone new for the first time, we tend to judge the person base on our perception about him or her - it could be if the person is rich or not, it could be his or her fashion sense. However, study have shown that most of these judgements are correct.

Most insects, birds and marine animal, have the ability of sensing the earth magnetic field which help them in navigating directions - this ability has been thought to be absent in humans not until a research was conducted. In that research 84 participants where put in box called Faraday cage, box without any electromagnetic disturbance - the process involved the use of a magnet. After the experiment, there was a definite reaction in the sections of the brain that deal with sensory stimuli in responds to the magnet.