Documented Cases Of How Wild Animals Have Saved Humans 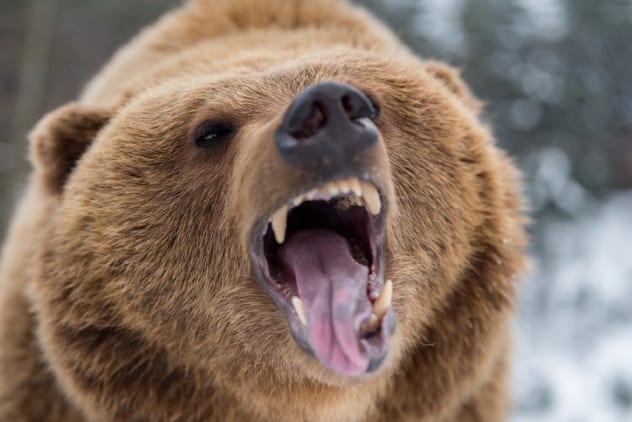 We’ve heard of pets saving their owners, but what about wild animals saving total strangers? That looks impossible right? But it's True. Wild animals like dolphins, porpoises, and deer as well as lions, bears, and whales, have saved human lives from an unexpected attacks- from other people or other wild animals.

Lions Save Girl From Kidnappers

Sometime in June 2005, a 12-year-old Ethiopian girl was walking home from school when she was abducted by four men. (Rural Ethiopia has seen many instances of men kidnapping women they intend to forcefully marry.) The girl remained with the men for a week while police searched for her. The police were trailing the abductors when the men abandoned the girl after they were approached by three lions.

The lions did not eat the girl, as many would have expected. They just remained with her and then quietly left when the police arrived. A wildlife expert suggested the lions didn’t kill the girl because she sounded like a lion cub while crying.

Sometime in 2000, Kevin Hines in America decided he’d had enough of life. He was suffering from bipolar disorder and depression and chose to commit suicide by drowning. His location of choice was the famous Golden Gate Bridge of San Francisco. However, he did not drown as expected because a sea lion kept him above the water.

Hines initially thought the sea lion was a shark. This freaked him out. While he planned to commit suicide, that didn’t include being killed by a shark. However, he soon realized that his unexpected companion was a sea lion. The sea lion kept bumping into him to keep him above the water and remained with him until a Coast Guard rescue boat arrived.

Dolphins Save Lifeguards From Shark

On October 20, 2004, lifeguard Rob Howes of New Zealand and three teenage lifeguards including his daughter were swimming at Ocean Beach, near Whangarei, New Zealand, when they were suddenly surrounded by seven bottlenose dolphins. The dolphins started circling around them, keeping them together.

Howes and one of the swimmers drifted away from the rest, but a dolphin followed them and dived under the water around them. Howes went underwater to see what the dolphin was doing and found a great white shark swimming around him. That was the moment he realized what was happening: The dolphins were protecting them from the shark.

Sometime in February 2012, an unnamed woman was saved by a deer in Oxford, Ohio. She was attending a party that night, which she left at around 1:00 AM. A man grabbed her as she walked past a field. He hit her and tried snatching her purse before dragging her into the field.

A deer was sleeping in the field that night but was startled when it heard the sounds of the duo struggling. It jumped up and fled the scene. The man was also got scared when he heard the sounds of the fleeing deer, so he fled, too, leaving the lady all alone. The woman returned to the party and called 911. Unfortunately, she could not describe the man to the police.

Robert Biggs was hiking in the woods in Whiskey Flats, California, on March 26, 2012, when he was attacked by a mountain lion. Before the attack, he had been watching a bear and her cub. He was about to leave when the mountain lion attacked. The big cat jumped on him from behind, pushing him to the ground. He unsuccessfully tried fighting the lion off until the bear arrived.

The lion and bear fought for some time until the lion fled. The bear returned to her cub, and Biggs left for home. He only suffered an injury to his arm. Biggs believed the mountain lion was planning to attack the bear’s cub before he arrived, but then it turned on him instead.

In the early 1970s, Yvonne Vladislavich was traveling on a boat off the coast of Mozambique when the engine stopped working. (Some accounts claim it exploded.) The boat remained adrift until it was sunk by a wave.

Yvonne was a very good swimmer and decided to try to swim to shore. However, some sharks had other plans for her. Six sharks started circling her and kept coming closer until dolphins arrived. The dolphins kept the sharks away and followed Yvonne as she swam/drifted 40 kilometers (25 mi) until she reached a buoy.

Yvonne would have drowned if she hadn’t been assisted by the dolphins. She frequently got tired during the journey and would have gone under if the dolphins hadn’t kept her above the water. She was the only survivor of the four people on the boat.