Popular Foods That Are Illegal In Some Countries 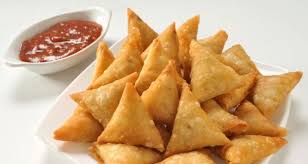 It is quite a bit of an irony that some particular food that serve as a major chops in a specific country, could be a taboo in another nation. This may be as a result of the standards that each country has set regarding the quality, substances or the way foods are packaged and even religious significant.

In the below list you will read about some really interesting food items that are completely banned in some countries.

Salmon contains Vitamin D and other proteins, while it is also very popular all over the world. However, Australia and New Zealand while trying to reduce pollution have joined forces and decided to ban the sale and the consumption of salmon that is farm-raised.

You read this correctly, chewing gum is banned completely in Singapore. This may come as a shock to many people all over the world, but in Singapore, this is considered normal since they are more than obsessed with cleanliness and they thought that the best way to keep their country clean was to ban chewing gum. If you ever visit Singapore don’t eat any chewing gum since you might risk going to jail for up to two years and also pay a fine of $1000.

French cuisine is enjoyed all over the world, however, if you’re in California you’re not allowed to eat this delicacy – goose liver – since it has been banned. The reason for this was the inhumane treatment that livestock endures while they are alive. The poor animals are fed through tubes so that their livers are enlarged. California isn’t the only country to have banned Foie gras since countries like Germany, Italy, Denmark, India, Norway, Finland, Poland, and many other countries have decided to keep this delicacy away from their tables.

Raw milk is completely off-limits for the US consumers and has been so for quite a long time now, thirty years to be more exact. The CDC (Center for Disease Control and Prevention) and The AMA (American Medical Association) have given a red light to consuming unpasteurized milk because it may contain foodborne illness. It is interesting to note that in countries like Switzerland you can even find vending machines where you can buy raw milk.