This Is What The Earth Would Be Like If Life Did Not Exist. 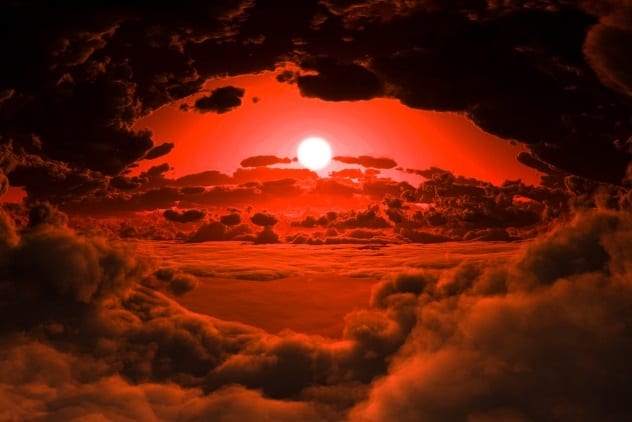 So it is true that, in quantitative terms, life is a tiny part of what makes our planet. But it’s one thing to measure living beings according to their mass or volume and quite another to determine the effects these beings produce on Earth. So, what would happen to the Earth if life did not exist? Well, we can be pretty sure that without life, our good blue planet would no longer be good or blue.

The Earth’s atmosphere is 21 percent oxygen, an essential element for life-forms like us. But oxygen is an unstable gas that tends to combine quickly with other elements. Plant life on the surface is what replenishes the atmosphere with oxygen, filtering the gas constantly. If life on Earth did not exist, only small traces of oxygen would remain in the environment, while the atmosphere would be mostly composed of carbon dioxide. By this process, the temperature on the Earth’s surface would end up rising drastically.

In turn, higher temperatures would cause the melting of the polar ice caps and the subsequent rise in the sea level by tens of meters. Without life on the planet, the landmasses would suffer rapid erosion, and the mountainous regions would be seriously affected.

After a long time, it is believed that the Earth’s temperature would rise to at least 290 degrees Celsius (554 °F). At this point, the oceans would end up boiling, leaving the planet completely uninhabitable. In a period of millions of years, a thick layer of clouds would cover the planet, aggravating the greenhouse effect and making the Earth look more like Venus. If this sounds crazy, scientists believe that Venus—the same planet that today is pretty much Hell—once had liquid water and a pleasant temperature on its surface.