Home Items That Can Cause Cancer Yet They Look Innocent 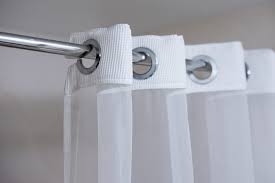 You may not know it, but plenty of everyday household items could contribute to your cancer risk. The objects you use to relax, eat, and play are not so innocuous as they appear.

In 2008, American scientists requested that all shower curtains containing PVCs be banned from stores. Although these curtains are no longer sold, if you still have one in your bathroom, it likely leaked toxic, cancerous chemicals. Another culprit? The shower liner, which can emit 108 chemicals into the air.

Styrene is the main ingredient in Styrofoam products. In 2014, it was officially labeled a suspected carcinogen. It’s also found in everyday products like various plastics and your refrigerator. The best way to avoid styrene? Stop purchasing Styrofoam products.

Books on your bookshelf

Ethylene oxide is a chemical used to sterilize and fumigate old books, as well as medical equipment and food manufacturing supplies. It poses the biggest risk to those who actually use it, but it can linger on products like antique books.

.   Use instead: quartz countertops

Radon, a gas that is the second leading cause of lung cancer, can be emitted from granite counters, which led researchers to question whether granite should be allowed in homes. Only a small fraction of countertops tested have radon levels higher than what’s deemed “safe,” according to WebMD. But if you hope to eliminate your risk, go with quartz instead.

.   Use instead: soy-based spray foam insulation

According to the National Toxicology Program, there is sufficient evidence that glass wool fibers found in insulation can cause cancer. But sufficient testing hasn’t been done on humans. Home improvement workers who install insulation face the highest risk of cancer.

Those CFL (compact fluorescent light) bulbs the government recommends actually could cause cancer. The bulbs contain mercury, a known carcinogen. Plus, the bulbs emit high levels of ultraviolet radiation. When the bulb’s protective layer is cracked, dangerous levels of UVA and UVB radiation can escape. This means you could get skin cancer — just from your lights.

Next: This affordable flooring can be dangerous.

.    Contains: PVC and dioxins
.    Use instead: bamboo, cork, laminate, or porcelain flooring

Vinyl flooring contains PVC, a known carcinogen. Installing it in your home means exposing your family to its potential dangers. Also, dioxins, which are carcinogenic toxins, are produced during the vinyl-floor-making process. Although vinyl flooring companies have reduced the exposure to employees, homeowners with vinyl flooring are still at risk.

In 1975, California passed a law requiring furniture to be coated in flame retardants to prevent fires caused by cigarettes. So most furniture companies coated all furniture in chemicals, no matter where it was being shipped. Later testing found that those chemicals could cause cancer.

“Newer laws have helped limit the use of flame-retardants in furniture,” explains Time. So most makers have phased out the chemicals. Your best bet is to replace your old couch.

About half of all leather furniture contains a carcinogen known as chromium. Plus, the process of dying leather has been found to cause cancer, making it dangerous to factory workers. Check the labels to figure out whether or not your furniture is chromium-free.

.    Contains: glysophate
.    Use instead: mulch or homemade solutions

The World Health Organization  determined that glysophate, a chemical commonly found in weed killer, is likely carcinogenic to humans. Experiments in rodents showed that too much glysophate exposure caused tumors. However, some studies are controversial about whether the weed killer can actually cause cancer. For now, it is still under investigation.