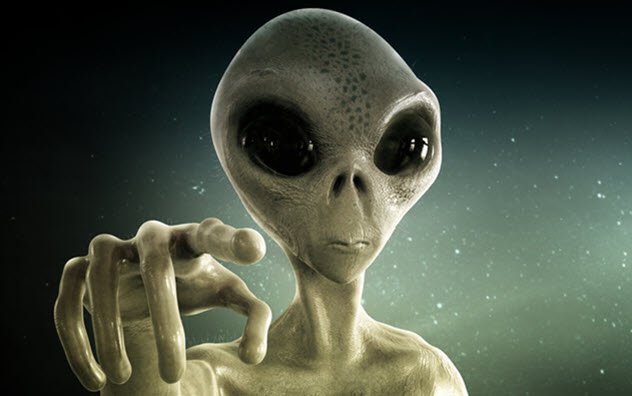 How humans were brought to this world has been a puzzle for centuries. There have been several scientific and religion debate about this issue, we do not know if truly humans evolved just like science have claimed or they where created by a supernatural being.

However, there have been a lot of evidence from science on how humans came about and also a lot of evidence from religion on how humans where created by a divine being (God). But critically speaking, if you look at the human origin meticulously from the perspective of science and from the perspective of religion without being biased, you will notice a lot of harmony that both are almost related.

However, this article focused on the perspective of science as regards human origin. Below are some scientific evidence that shows human could come from outer space.

Currently, the earliest sign of life on Earth is from 3.83 billion years ago. During this period, a series of formidable meteor showers occurred. This heavy barrage of comets colliding into Earth suggests that any life that was forming at that time would have certainly faced extinction.

Remember the dinosaurs? Meteors are no joke. That was just one meteor the size of Mount Everest, but it made the Earth’s surface hotter than the Sun after crashing “20 times faster than a bullet.” While it seems apparent that these fireballs of fury snuffed out any life on Earth, they may have also been vessels for the life to come.

Evolution is agonizingly slow. It took several billion years for single-cell life to become multicellular, for example. So, how is it that directly after the most epic meteor shower our planet has ever seen, Earth was ripe and ready to spontaneously spawn DNA-based life? The planet hardly had time to cool down enough to support life, let alone create it.

The period of meteor showers ended sometime earlier than approximately 3.8 billion years ago. Evidence of life shows up in the fossil records from 3.83 billion years ago. If Earth was cooling down then, life evolved in the blink of an eye from an evolutionary standpoint. Unless, of course, life had already arrived. Many scientists hold these ancient fossil records as evidence of panspermia.

We Are Not Alone

In our lifetime, space experts predict that we will discover alien life. The more we learn, the more unlikely that we are all alone on our tiny blue marble in the vastness of space. NASA astronomer Kevin Hand even said, “I think in the next 20 years, we will find out we are not alone in the universe.”

Extrasolar planets (aka exoplanets) are those that orbit around a star like our Sun. The first one was discovered in 1995. Today, we’ve observed around 4,000 exoplanets. More than 50 are Earth-sized planets.

In 2014, NASA observed a planet the size of Earth orbiting a sun just like ours right in the sweet spot of the habitable zone. We are getting closer every year to fundamentally shifting how humanity sees itself in the universe. It’s just a matter of waiting.

Life Can Survive On An Asteroid

There have been a lot of studies about life enduring the journey through space on an asteroid’s back. It appears to be possible. Gerda Horneck, a microbiologist for the German Aerospace Center, discovered that bacteria can survive in space for years.

In the 1980s, she sent living organisms to live on a NASA satellite. Without nutrients, the bacteria formed resilient spores that acted as a defensive shell. Intense ultraviolet rays killed the top layer of spores, but the dead spores only strengthened the outer layer to shield the life within. After six years, those stubborn bacteria had survived the frigid vacuum of space—to everyone’s disbelief.

Tardigrades (aka “water bears”) can also survive UV exposure with no problem. But if a microorganism was shielded from the UV rays, as it would be inside, say, a meteor, it would be even easier to survive. Some studies suggest that microbes hitching a ride deep within a meteor could even survive hundreds of millions of years in a dormant state.

In 1969, a meteorite that crashed into Earth was found to contain the raw genetic materials of life. That’s not even the craziest part. These carbon-based components, like sugars and amino acids, are thought to have formed in outer space while tethered to the meteor.

The finding increases the likelihood that the epic meteor shower of four billion years ago seeded ancient Earth with DNA building blocks. What’s more, life may have originally taken shape while traveling through space instead of on another planet. Then the ingredients landed on Earth on the back of a shooting star.

“The Stardust” is the name that scientists gave the samples that were taken from the dusty, gaseous cloud surrounding a comet. Impressively, these particular samples contained complex organic molecules and phosphorus as well as an amino acid.

Amino acids are the basis of proteins, which are essential to life. This crucial discovery supports the panspermia theory. Kathrin Altwegg, the principal investigator for this space mission, said:

With all the organics, amino acid, and phosphorus, we can say that the comet really contains everything to produce life—except energy. [ . . . ] But once you have the comet in a warm place—let’s say it drops into the ocean—then these molecules get free, they get mobile, they can react, and maybe that’s how life starts.

It seems likely that the molecular building blocks of life are as common in space as stardust.