Musicians That Makes Money Beyond Normal 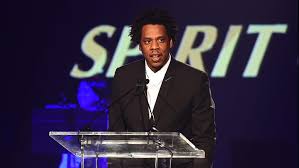 Music has been a very lucrative profession right from the very onset. While there so many musicians out there who still have nothing good to show for it, there are several others who are constantly accumulating hundreds to thousands of dollars on a daily bases. It has turned out that musicians of these generation no longer depend solemnly on music alone, they have also chosen to enlarge their tentacles and explore different opportunities. Nowadays, most musicians are great entrepreneurs - having their own private business aside just music, Some are actors while others are models.

Below are top ten richest rappers in the world that even the one at the very top of this list is already a billionaire.

Jay-Z is an American rapper and entrepreneur from Brooklyn, New York. In fact, the majority of Jay-Z’s net worth has come from his smart investments; in clothing lines, record companies, nightclubs and so on.

Jay-Z is now the richest rapper in the world, with a net worth of $1 billion in 2019. He’s become the very first billionaire in the hip hop industry.

Sean Combs does just about everything; rapping, producing, acting, songwriting and he’s also an entrepreneur on top of all that. Otherwise known as his stage name ‘Diddy’, Combs is one of the richest rappers in the world.

For a long time, P Diddy was the richest rapper in the world, until someone else swooped in with their success in the entrepreneurial world, as well as music. Find out who that somebody is in the final section below.

Dr. Dre is considered to be one of the best hip hop producers of all time. Andre Young started his career with N.W.A in the 80’s, and then went solo. He is also the founder of the “Beats by Dr. Dre” series, which was sold to Apple for $3 billion several years ago.

Dr. Dre is the 3rd richest rapper in the world, with a net worth of $820 million.

Russell Simmons is an American entrepreneur, producer and author. Simmons is the Chairman and CEO of Rush Communications, he co-founded the hip-hop music label Def Jam Recordings, and created the clothing fashion lines Phat Farm, Argyleculture, and Tantris.

Kanye’s net worth is another figure in question, since he’s supposedly in some serious debt. We’ve include the latest figure from The Richest.

Kanye West is an American rapper, songwriter, record producer, fashion designer, and entrepreneur. He is the 5th richest rapper in the world, with a net worth of $250 million.

He has founded his own record label, and is also the CEO of P. Miller Enterprises. His numerous ventures have made him one of the richest rappers in the world.

Master P’s net worth is estimated at $250 million dollars this year.

Eminem is without a doubt the most successful white hip hop artist of all time. When he first start battle rapping in Detroit, he was subject to a lot of racial hate, being one of the only white rappers to be performing at the shows.

Another issue that Eminem suffered from when we was younger, was being bullied at school. He moved around a lot as a child, and as a result struggled to make friends with people.

Eminem’s success story is phenomonal, considering he has become the richest white rapper in the world, and was responsible for changing the game entirely. This year, Eminem’s net worth is $210 million, placing him at 7th on this list of the richest rappers in the world.

Usher is an American singer, songwriter, dancer, and actor. His Albums have sold in the millions of copies; 43 million to be exact. Usher is one of the richest rappers in the world, and it’s very easy to see why once you look at the stats.

Ronald Slim Williams founded the Cash Money Records label, with the help of his brother ‘Birdman’. Slim has worked with a number of famous artists such as Drake, Nicki Minaj and Lil Wayne.

Ice Cube is an American rapper, songwriter, record producer, actor and filmmaker. He began his career as a member of the hip-hop group C.I.A. and later joined the N.W.A.

After leaving N.W.A in December 1989, he built a successful solo career in music and has put his acting skills to the test. Cube has featured in ‘Boyz N the Hood’, ’21 & 22 Jump Street’, ‘Barbershop’, ‘Ride Along’, and several other films.