Famous Festivals That Ended up In a Complete Disaster 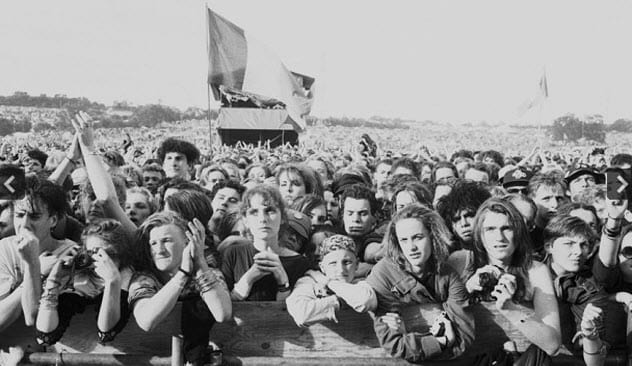 These following disasters have left furious ticket holders demanding their money back and event organizers red-faced. What was supposed to be the time of their lives became a weekend of hell.

Whoever that have accessed the Internet in the past couple of years would have heard about the disaster that was Fyre Festival. Located in the Bahamas, it was billed as the most luxurious festival in the world and promoted by the most elite models around the globe.

After paying between $1,200 and $100,000 each, ticket holders were promised flights from Miami, luxury accommodation on yachts, kayaking on the crystal clear waters, and performances from Major Lazer and Blink-182.

When attendees landed on the island, they soon found all they were promised was not coming to them. The accommodations were recycled refugee tents, the food was prepackaged sandwiches instead of gourmet meals, and no medical or event staff was on hand. There was also no cell phone or Internet service and no running water. The festival became the subject of a Netflix documentary, Fyre: The Greatest Party That Never Happened.

Organizer Billy McFarland, then 26, pleaded guilty to fraud and was sentenced to six years behind bars.

To see headliners like Jimi Hendrix, Janis Joplin, The Grateful Dead, and Joe Cocker, half a million people attended the Woodstock festival in 1969. Fast-forward 30 years, and it was a completely different scene as organizers tried to emulate the hippie era. Woodstock ’99, which took place in Rome, New York, was attended by 220,000 people and went wrong from the very beginning.

Organizers had failed to advise attendees to bring enough water, and the dehydrated crowds were met with a $4 charge for a single bottle. The Baltimore Sun reported, “More than 700 had been treated for heat exhaustion and dehydration.”

Crowd control was also a serious issue. Volunteer security was recruited from New York City. But as things became hostile, they ditched their posts and left the police dangerously outnumbered.

Then there was the problem with overcrowding as many were using fake passes to get through the gates. The Syracuse Post-Standard reported, “Security guards said they were confiscating fake passes at the rate of 50 an hour at just one gate.” Far from “peace, love, and happiness,” that was the final Woodstock event.

In 2015, international music festival TomorrowWorld in Chattahoochee Hills, Georgia, devolved into near-riots. Heavy rain turned the fields into a sinking mud pit, and organizers decided to limit transport services back to the surrounding areas which left thousands stranded.

Festivalgoers had two choices: either hike for about 8 kilometers (5 mi) or pay for an Uber that charged a surge price of five times the normal rate. Instead, many decided to sleep on the side of the road. They were not supplied with any food or water.

One attendee told Vice News that he managed to leave the event by sneaking onto a shuttle bus for event staff. He recalled, “By the time we flagged down that bus, we were up to over $100 pooled together to try to buy our way out. The rich and the lucky rode, the poor walked, and the poor and tired stopped wherever they could find open ground.”

The Belgium-founded festival will always be remembered for this post-apocalyptic atmosphere.

To call Bloc Festival in 2012 “chaotic” might be an understatement. One of the largest electronic dance music festivals in the UK was shut down due to serious safety fears with overcrowding.

Police were sent to help safely evacuate the attendees at the Royal Victoria Docks venue. Many people still stood in the same queue they had been in for hours as they waited to get in. Disgruntled ticket holders had paid upward of $100 each to watch acts like Snoop Dogg and Orbital perform.

Bloc then began trending on Twitter for all the wrong reasons. People posted photos of attendees stuck behind crowd control barriers and held back by a huge police presence.

One tweet read, “Bloc is um a disaster right now. We’re in the middle of a car crash.” Another tweeted, “Scary, and very nearly led to injuries; all we were told was ‘move back’—where to exactly?”

After 2016, the founders shut down the annual festival and focused on building their own “super club” instead.

It’s a wonder that organizers would allow the Glastonbury festival to descend into chaos after two decades of hosting it. But that’s exactly what happened in 1990. That year, the crowds should have remembered the event for headliners Sinead O’Connor and The Cure, but the risk of “near-asphyxiation” made the headlines instead.

More than 75,000 people were in attendance at the famous Pyramid Stage, causing a huge crush in the crowd. Bands even had to stop their sets as helicopters landed nearby to tend to the injured.

In 2005, people were at risk again. This time, it was due to 1.2 meters (4 ft) of water flooding the camping sites and performance area. Even the Acoustic Stage wasn’t safe as it was struck by lightning.

The flooding disaster led organizers to eventually fork out millions on a new drainage system before they returned two years later. Despite these bad experiences, Glastonbury is still considered one of the greatest music festivals in the world.

In 2011, the Isle of Wight festival promised an epic lineup featuring Tom Petty, Pearl Jam, Bruce Springsteen, Biffy Clyro, and more. Then came the heavy rain, which forced 600 people to sleep in their cars overnight as boats transporting them to the island could not dock due to the severe weather. Others were left gridlocked in traffic for more than 15 hours. Police even opened a local football club for people to take shelter through the night.

The following day, organizers told attendees that they should ditch their cars if they wanted a chance to make it to the festival. Speaking of the experience, one festivalgoer told Sky News, “We’ve gone through some highs and some lows, it’s been 14 hours, and we’re sleep-deprived. Fortunately, we’ve took a lot of food with us, but there were people there that had no food.”

She added, “There were people with kids, people with dogs, so we tried to remain in high spirits, but it’s been a long slog.”

Turning up to a festival, you can always expect some mud. But no one at Bestival in 2008 could have predicted how severe the conditions would become. The weather was so bad that year as thunder, lightning, rain, and gale-force winds ripped through the camping grounds.

Many had their tents submerged in the mud. The less fortunate had their camps completely blown away with their belongings. Even the main stages for the performances began to sink into the ground.

Despite the ongoing battle with a furious Mother Nature, Bestival attendees were looking forward to seeing headliner Amy Winehouse perform. That didn’t quite go as planned, either.

Arriving onstage 40 minutes late, Winehouse—who was battling drug and alcohol addiction at the time—staggered around the stage, swilled her drink, and cut the set short by performing for only 30 minutes. The soul singer was met with boos from the crowd.