Why People Don't Think Straight When They are Upset (Neuroscience) 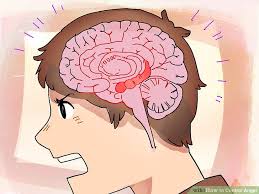 It's high time we have some fundamental principles in neuroscience, so that we can have better understanding why people are prone to making poor or rash decisions when upset.

Our brain have many separate areas which have different functions-- some areas are parts of our animal brain and others comprise our thinking brain.

The animal parts of our brain work together to create emotions, desires, and impulses. It tells us our needs and wants. It stores memories of past experiences that tell us what to think about things. These areas of the brain also harbor hidden biases, insecurities, and fears. The animal brain is reactive; it doesn't "think" or analyze the situation carefully. It makes split-second, subconscious decisions.

Then there are other areas of the brain collectively known as your thinking brain. This part of your brain is like the big mommy or big daddy of the brain. It helps calm down the voices that come from your animal brain, and it takes the time to reason and think about things. It's the part of our brain that helps us see things from different angles or come up with different solutions to a problem. When we think about a math problem we are using our thinking brain. When we throw a fit in the store and cry because we're sad we can't have something we want, this is our animal brain taking over.

Normally these 2 areas of our brain try and play nice together. If you're watching a movie and something scary comes on, your animal brain might start screaming: "Yikes! That's scary! It's going to come get us! Run, run!" But then your thinking brain comes along and says "relax, it's only a movie, you're safe and nothing's about to get you." The animal brain and thinking brain are constantly talking to each other like this.

When its irrational and emotional animal brain takes over

But the more upset or angry someone gets, the more it releases hormones in their brain that block signals coming from the thinking areas of the brain. The brain does this so that we react quickly to distressing situations. If we feel fear because there might be a Lion behind a bush, nature doesn't want us standing around thinking about that. So our animal brain pipes in and says, "don't think dummy, just run!" But when it comes to other situations in our life, this hinders rather than helps us.

Most of the time when people get angry, their animal-brain monster will come out, but it's only a tiny little monster. It may wreak havoc and it can still put up a fight, but it doesn't completely take over our brain. Yet the more intense a person's anger or distress is, the more powerful this area of the brain becomes. So when someone is really upset or really angry, it's almost as if the thinking part of the brain is completely shut down. The hyperactive animal-brain monster is left controlling their thoughts. When someone is highly emotional, they literally aren't thinking, at least not very clearly.

People often make mistakes because they are upset and aren't thinking clearly. We should understand that this can cause them to do things they wouldn't ordinarily do. Hurtful words said when angry often weren't meant. They spill out when the thinking part of a person's brain is shut off, so we should recognize them for what they are: just plain stupid. When we're angry and upset, it may be us who isn't thinking clearly, and so we might be viewing the situation as much worse than it really is.