How Your Weight Could Be Affecting Your Fertility (Men's Health) 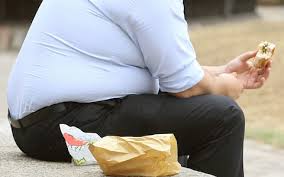 You probably know that obesity can be a big troublemaker – it’s associated with heart disease, diabetes, high blood pressure, and metabolic syndrome. But did you know that it can also throw a monkey wrench in your efforts to conceive? In fact, when it comes to weight’s effect on sperm, both extremes are problematic: being too thin or being overweight can affect your sperm production and fertility.

But is fertility itself affected by your weight? It appears so. Another study showed that for every 20-pound increase in a man’s weight, there is a 10% increase in the chance of infertility. And this held true when other factors that might influence the results were taken into consideration including partner weight, the man’s age, cigarette smoking, alcohol intake, and chemical exposures.

So, what’s behind all of this – how exactly does weight affect sperm production and fertility? One theory is that sex hormones are altered by changes in weight. Sex hormones are the “fuel” for the engine (testis) to make sperm.

Obesity increases fat stores and fat converts male hormones (testosterone) into female hormones (estrogens). Too much estrogen in men hurts sperm production. Another theory suggests that the normal difference in temperature between the testes and the body is lost with fat, as it tends to insulate and lead to overheating. Similarly, when a man is too thin, the body feels like it’s starving, lowering hormonal output and impairing sperm production and fertility.

Try your best to eat well and in moderation, sleep well, and treat your body like a temple. It’s good not only for your own health, but for the health of your future family.