Most Expensive Cars In 2019 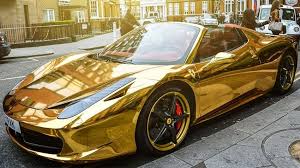 Touted as the ‘world’s most powerful, fastest, most luxurious and most exclusive production super sports car’ by the manufacturers, it is the vision of former VW czar Ferdinand Piech, who demanded the fastest cars from Bugatti.

So now here is a car handmade in an atelier, faster, more advanced and more powerful than the Veyron. It is a fine example of the collusion of aerospace and automotive engineering to produce a classic device that could give a speed of 268 mph. The 8.0 liter turbo-charged W-16, 1,500-horsepower engine is actually 300 more than the Super Sport, the fastest Veyron model. While its top speed has been limited to 261 mph on the road, its actual top speed is yet to be tested.

Pagani Huayra BC – Coming after the Pagani Huayra, the Pagani Huayra BC is the priciest Pagani car ever made. Named as a tribute to Benny Caiola, a noted Italian investor with probably the best collection of Ferraris and a very close friend of Horacio Pagani, this car is a delight for the lovers of Pagani’s details. Debuting at the 2016 Geneva Motor Show, this car has a wider rear track, new side tracks, and many cool aero features.