Why There are no Male Contraceptive Pills Yet 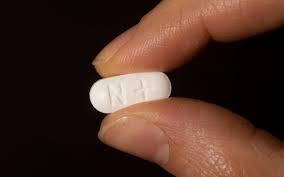 Research has shown that men in committed relationships are very interested in “owning” contraception. But when it comes to options, the roster of effective methods is pretty limited right now: abstinence, condoms, and vasectomy. Given this lineup, there is certainly room for some kind of pill. Yet after half a century and millions of dollars of research, there’s still no pill for men.

There are ways to interfere with the production of sperm – male hormone supplements will tell the body’s natural testosterone (made by the testicle) to turn off, halting sperm production. Based on this idea, pills have been formulated as hormonal contraceptives, and have worked… but not perfectly. In studies, most of the men have zero sperm counts after taking the pill, but not all men. And, in the world of male contraceptives, with choices like vasectomy in tow, it is a zero-tolerance game. The ejaculate must be free of sperm.

There is also a litany of concern regarding the side effects of hormone-based male pills. In clinical trials, men have experienced effects like acne, weight gain, moodiness, loss of sex drive, erectile dysfunction, and fatigue. Having significant sexual side effects from a pill that aims to take the worry out of sex, yet multiplying it. Taking a longer view, are there other issues that occur over time? While we know that the female contraceptive pill has been linked to higher rates of heart disease and breast and cervical cancer in women, to date there is little to no research on what issues might surface with long term male contraceptive pill use.

Despite all of this, there is still a healthy interest in a male birth control pill – and researchers’ efforts are showing some hope. A recent clinical trial of a hormonal pill for men completely shut down testosterone levels and was pretty well tolerated. Since sperm production was not studied, researchers are still not sure it will work, but it shows promise.

A male pill is likely not for every man, but could be a smart alternative for many of us.