Things You Won’t Believe Can Spy On You 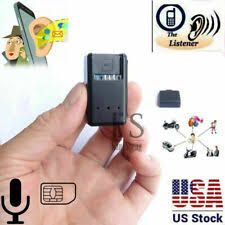 When we think of methods that can be used to spy on us , we often think of computers, smartphones, and maybe surveillance cameras but it turns out that these are not actually the frequently used gadgets to keep track of us.

Seemingly innocuous looking items like mirrors, toothbrushes, headphones, and children’s toys can be turn out to be a potent espionage devices.

Almost every vehicle produced today contains an event data recorder (EDR). The EDR records information about the vehicle, including its location, average speed, condition of the road, and the preferred route of its owner. This information is automatically sent back to the automaker.

Interestingly, they can be easily converted to work the other way around. Headphones can be turned into microphones by just plugging them into the dedicated microphone jack of your computer or the the single jack shared by the headphone and microphone in phones and laptops. Talk into them, and they become microphones.

This technology can be exploited to turn headphones into spy microphones—if some corporation, law enforcement, or government spy agency isn’t doing so already. Security researchers at Ben Gurion University in Israel have even created malware that turns headphones into microphones to spy on people.

Toothbrushes are gradually evolving from just plastic rods with soft bristles to gadgets. And as with every other gadget these days, they are being connected to the Internet to spy on us. In 2014, Oral B released a smart toothbrush that connects to specialized Android and iOS apps via Bluetooth.

we all know that our computer can spy on us but most of us seem to have ignored the spy capabilities of hardwares like keyboards and mice. Yes, that innocently-looking mouse could be used to keep track of us.

In 2012, it was reported that Singapore employers were spying on their workers with different gadgets, including calculators, alarm clocks, and their computer mice. The spy mice looked and worked like regular mice, except that they were rigged with microphones and a built-in SIM card. The employer makes a phone call to the mouse, and it starts recording any conversation within 10 meters (33 ft).

Smartwatches, fitness trackers, are another category of spy gadgets that are also emerging. These gadgets are so smart that they can use several sources of information to identify the wearer. They can also determine if the wearer is walking, running, or just taking a car, train, or bus.