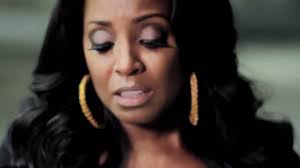 Current research confuses the issue -- particularly the study by Rutgers University biological anthropologist Helen Fisher, whose study of 5,000 American adults found that men are becoming more interested in commitment and attachment, and women are more interested in relationships that allow them a degree of independence.

One might assume that a shift toward commitment and attachment might create a slipstream that would pull along more open and demonstrative emotional communication. It's an assumption that runs into some formidable limitations imposed by biology.

University of Pennsylvania neuroscientist Dr. Ruben Gur says that the same way men and women have different bodies, they have different brains -- with eons of evolution creating distinct wiring. It goes well beyond the formative impact of testosterone and estrogen. It's a matter of how we're built, he says, not what we learn. And he has the brain imaging to prove it.

Other studies elaborate on the biological link to male-female communication styles. Men are wired to act during times of high emotion, since emotion can lead to violence; there is a shut-off mechanism. He stops talking -- just when women, wired entirely differently, want to talk.

As reported on the Web site Uncommon Knowledge, there may actually even be survival instinct at work. It takes longer for a man's blood pressure and immune system to return to normal after high emotion than it does for a woman.

Research, the site reported, also found that boys were faster to turn off a recording of a baby crying than girls. Simple insensitivity and impatience? Actually, the boys reacted to the crying with a higher release of stress hormones. Boys are more fragile than girls medically and emotionally. Boys are more susceptible to birth defects and developmental disabilities; they are more vulnerable in the womb, with more fetuses lost in miscarriage. As children, they are more easily stressed, which means they cry more when they are upset and have a harder time calming down. And they are more emotionally vulnerable to the ill effects of extreme lack of affection.

Then, too, there is the documented fact that elderly men are much more likely to die after losing a partner than are elderly women. Such findings point to some serious irony. All these insensitive men are actually more reactive to emotion than women, so they are genetically programmed to avoid it. This biological Venus-Mars dynamic -- and confusion -- extends beyond the precincts of romantic love.

In a research, it was found that a number of women said they had worked hard to create an emotional connection with their fathers, but failed. Yet, when they described the relationship and the level of interaction, it is clear their fathers cared about them very much. All of that begs the question "Can't we all just get along?" If we have an appreciation that we are products of our wiring, it should be possible to logically override the programming, and simply give each other what we need.

Psychotherapists know well it's not that easy. One of the many challenges in couple's therapy is that both halves of the couple want "validation" that each partner experiences the other's emotional state, and sees value in the experience. The problem is that means taking an excursion into the head of the other person. Women are often fine with that -- welcome it. Men often don't want their deepest feelings valued -- much less experienced -- by anybody. If knowledge is power, what could be more powerful than knowing somebody's innermost feelings?

For women hungry for the emotional growth of their partners as measured by communication of feelings, it could be an uphill journey, pushing against the great big boulder of biology. When the other signs are good -- reliability, kindness, attentiveness and the rest -- it might mean coming to terms with the fact the love is there, it's just expressed in ways that will be clouded by the mysteries of the male gender.