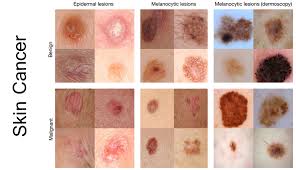 Almost 10,000 people are diagnosed with skin cancer every day, according to the American Academy of Dermatology (AAD). One of every five Americans will experience skin cancer in their lifetime. But, for people who already have precancerous skin lesions, there may soon be a way to reduce their cancer risk.

New research reports that a cream combining two drugs can reduce the risk of squamous cell carcinoma (SCC) on the face and scalp by nearly 75 percent. The two drugs in the cream are 5-fluorouracil (5-FU), a type of topical chemotherapy, and a synthetic form of vitamin D called calcipotriol. The study, by researchers at Massachusetts General Hospital and the Washington University School of Medicine in St. Louis, included 130 participants. Trial results for treatment on the face and scalp were available for only about half of them.

Nonetheless, researchers said they found that a greater number of participants who received the combination cream treatment for lesions on the face and scalp remained free of cancer for more than three years after treatment. Only 7 percent developed SCC compared with 28 percent in the control group

Dr. Tanya Nino, a dermatologist with St. Joseph Hospital in Orange, California, told Healthline this is important research “because cutaneous SCC does have a measurable risk of spreading. Once it does, treatment becomes more complex and the disease can be difficult to control.” But this treatment didn’t prevent SCC on the arms.

The researchers say that perhaps longer treatment with calcipotriol and 5-FU may be needed to reduce skin cancer risk on the arm and other parts of the body.

Precancerous skin lesions are also called actinic keratoses (AK). The Skin Cancer Foundation says an AK is a “crusty, scaly growth caused by damage from exposure to ultraviolet (UV) radiation.” They mostly appear on sun-exposed areas such as the face, bald scalp, ears, shoulders, neck, backs of the hands, and forearms. Most SCCs will develop from existing lesions.

“SCC can develop anywhere on the body that there are keratinocytes (skin cells) like the mouth, lip, or groin but tends to develop in areas of prolonged sun exposure, scars, chronic irritation or inflammation,” Dr. Richard Torbeck, a board-certified dermatologist with Advanced Dermatology PC in the New York/New Jersey region, told Healthline.

When it comes to skin cancer, earlier treatment is almost always better.

While calcipotriol has a good safety profile, it is associated with a few adverse effects.

According to the American Osteopathic College of Dermatology (AOCD), side effects include:

•    itching or irritation where it was applied

5-FU is a form of chemotherapy and works by inhibiting a key enzyme responsible for making a building block of DNA called thymidine, which causes cancer cells to die.

“Side effects can include irritated skin with oozing and crusting,” Torbeck said. “The biggest risk for these side effects is chronic sun damage. The more damage the stronger the reaction. We usually recommend leaving it alone because it means the unhealthy cells are dying.” “Normal cells are able to survive,” he added, “because they don’t have high metabolic demands from increased cell division. 5-FU shouldn’t cause any irritation to healthy skin.”

UV light damage is the main cause

UV rays from the sun or tanning booths not only prematurely age the skin, they also increase skin cancer risk. Fairer skinned people are the most affected.

“Skin cancer occurs worldwide in all races,” said Nino. “However, the incidence of skin cancer is highest in lightly pigmented individuals.” The easiest way to prevent sunburns and the development of skin cancer is to avoid unprotected exposure to sunlight. “Across the board, people most at risk for skin cancer are those who have had prolonged sun exposure with intermittent sunburns,” said Torbeck. He added that for SCC, things like “suppressed immune system, radiation to the skin, arsenic exposure, some chemotherapy drugs, and chronic non-healing wounds will also increase skin cancer risk.”

Torbeck says that prevention is key.

“The thing I stress to all my patients is to reduce sun exposure so that they’re not getting repeated sunburns,” he said. “But if they’ve had excess sun exposure or already had skin cancer, I recommend taking 500 mg of nicotinamide (a type of niacin) twice a day.” “Nicotinamide has been shown to reduce the recurrence of further skin cancers,” he explained. “The key is sun safe measures and reducing one’s exposure to the primary cause of skin cancer — UV damage to the DNA of our skin cells.” “Exposure to UV light is the single most preventable risk for the development of skin cancer,” Nino emphasized.

Skin cancer will affect many of us at some point in our lives, and it usually develops from precancerous skin lesions called actinic keratosis. New research has found that a topical ointment combining two drugs, 5-FU and calcipotriol (a synthetic vitamin D), can help clear these lesions and prevent them from becoming a type of skin cancer called squamous cell carcinoma.

While effective, both drugs used in this new treatment do come with side effects, but they’re mild compared to the condition they can prevent. Although there is no way to eliminate the risk of getting skin cancer, there are ways to reduce it. Using sunscreen, avoiding excess sun, and taking a form of vitamin B-3 called nicotinamide have all been shown to protect against this disease.