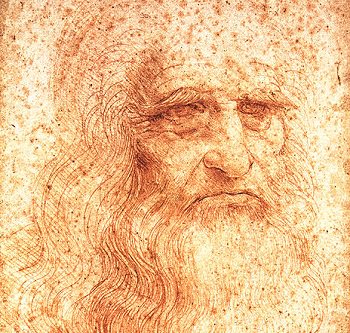 Leonardo Da Vinci was a prominent name not only during the Italian Renaissance, but is still recognized as one of the most well names in the art world today. He was a prominent figure, intellectual, and one of the leading artists that made a name for themselves during the Renaissance. Not only is he known for some of the most famous pieces to come out of this period in the art world, but throughout any period of time in art history. Of course The Last Supper, and The Mona Lisa, are a couple of his most famous pieces, but Leonardo da Vinci also worked on a series of other works during his career, and crafted plenty of pieces which have withstood the test of time, and are still considered masterpieces to this day.

Born in 1452 in Vinci, Italy, Leonardo Da Vinci focused on the laws of sciences and nature early in his life. This respect and knowledge allowed him to depict these things in his art work. They not only helped inform him as a painter, but also as a sculptor, draftsmen, and an inventor. Not only have his works become some of the most well known in the art world, they also served as inspiration to many other artists during his time, and still to this day. Further, they made him a prominent figure during the Renaissance period, for his forward thinking, and distinct view on images he created during the period.

At the age of 14 Leonardo Da Vinci worked as an apprentice to Verrocchio. During this six year period he learned several different techniques and technical skills. This included in metal working, working with leather, the arts, carving, sculpting, and of course drawing and painting. By the age of 20 he had become a master craftsman of the guild, and had opened his own studio at this young age. For a couple years he remained out of the public eye, following the period where he was charged with and acquitted of having committed sodomy. Up until about the age of 22, he really did not focus much on his works. 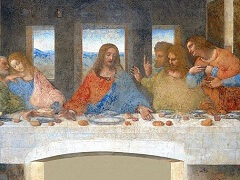 Lorenzo de Medici commissioned Leonardo Da Vinci in 1482, to create a piece for the Duke of Monaco, which was being done as a gesture of peace. In addition to creating the piece, he wrote a letter explaining how he would be the perfect painter, and how he could work for the court. After the piece and his letter were accepted, Leonardo da Vinci was commissioned to work from 1482 up until 1499 by the court. Although he worked on many individual pieces during this time, a few which did become famous pieces, it was also during this time when he crafted one of his most well known pieces, The Last Supper. 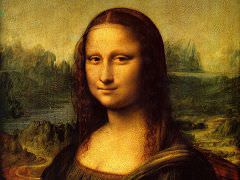 Between 1505 to 1507 Leonardo Da Vinci was commissioned for a private work. It was during this period that he not only created his most famous piece of art work, but also possibly one of the most well known, and the most famous pieces of art work which has ever been crafted in the world, The Mona Lisa. There were many theories and stories behind this piece. Some included that she had jaundice, many thought it was a piece of a pregnant women, and others claim it is not a woman at all, but a man dressed in drag. Although no accounts are proven, there are many theories surrounding this piece, and this is what gives it so much allure.

The Mona Lisa was also a constant work in progress for Leonardo Da Vinci; it was a piece he never quite finished, and was always trying to perfect. The painting itself was never given to the commissioner who had hired him for the work, and was kept with him until his death. It is currently in the Louvre in Paris, and is protected by the thickest bullet proof glass. It is not only considered to be a national treasure, it is also considered the most famous art piece to have been created, by any artist, during any period or form of art.

More than an Artist

Leonardo Da Vinci was said to be a Renaissance man, who had far more to offer to the world during his period than just art. His talents were noted to greatly exceed the arts of work which he created during his career. He did not create a divide between science and art, like many humanists of the time, which is what gave his work such depth, and so much character. Over 13,000 pages of notes documented his inventions, creations, observations, and drawings. Architecture and anatomy, designs for flying machines, plant studies, and other work he was involved in, were all documented in these pages.

Most of his ideas were theoretical and very rarely if ever experimental. He was also known to have been one of the first to document the human body in the form of a child, as he stayed as close as possible to the actual anatomy, and did not drift away from the sciences in his works. One of the last commissioned works that he created during his career was a mechanical lion. It could walk, and open its chest, which revealed a bouquet of lilies. He died soon after in 1519.

Not only was Leonardo da Vinci one of the most influential figures during his time, but he was a leading Renaissance man. He was well ahead of his time, and he was more than just an artist. He was a great thinker, and he developed a series of great works and inventions during the course of his career. Although he did have a few issues early in his career, he moved past these and became one of the most well known artists throughout history. Still to this day, his works remain some of the most famous throughout history, and still influence young artists working during this period in the art world.