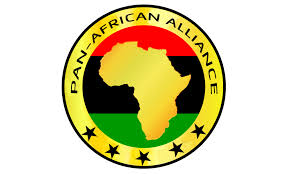 Although the end of colonialism occurred shortly after the end of World War II, it would be a mistake to assume that the calls for independence by Africans began in the aftermath of the defeat of Nazi Germany and its racism. Demands to liberate Africa from colonial status began at least as early as the end of World War I and the Versailles Peace Treaty. That treaty was based on the ideal of self-determination--the belief that people should decide their own form of government and that world peace hinged, at least in part, on the principle that no people should be ruled by an "outside" group (one not of the ethnic background of the citizenry itself).

Pan-Africanism was the attempt to create a sense of brotherhood and collaboration among all people of African descent whether they lived inside or outside of Africa. The themes raised in this excerpt connect to the aspirations of people, the values of European culture, and the world of African colonies. How do the authors of this statement define the major events of Europe at the time. What do they see as their own role in the future of Africa? What is their evaluation of the bulk of the African population?

The United States of America, after brutally enslaving millions of black folk suddenly emancipated them and began their education, but it acted without system or forethought, throwing the freed man on the world penniless and landless, educating them without thoroughness and system and subjecting them the while to lynching, lawlessness, discrimination, insult and slander, such as human beings have seldom endured and survived. To save their own government they enfranchised the Negro and then when danger passed, allowed hundreds of thousands of educated and civilised black folk to be lawlessly disfranchised and subjected to a caste system, and at the same time in 1776, 1812, 1861, 1897, and 1917 they asked and allowed thousands of black men to offer up their lives as a sacrifice to the country which despised them.

France alone of the great colonial powers has sought to place her cultured black citizens on a plane of absolute legal and social equality with her white, and given them representation in her highest legislature. In her colonies she has a wide-spread but still imperfect system of state education. This splendid beginning must be completed by widening the political bases of her native government, by restoring to her indigenes the ownership of the soil, by protecting native labour against the aggression of established capital, and by compelling no man, white or black, to be a soldier unless the country gives him a voice in his own government.

The independence of Abyssinia, Liberia, Haiti and San Domingo is absolutely necessary to any sustained belief of the black folk in the sincerity and honesty of the white. These nations have earned the right to be free, they deserve the recognition of the world. Notwithstanding all their faults and mistakes and the fact that they are in many respects behind the most advanced civilization of the day, nevertheless they compare favourably with the past and even recent history of most European nations and it shames civilization that the Treaty of London practically invited Italy to aggression on Abyssinia and that free America has unjustly and cruelly seized Haiti, murdered her citizens and for a time enslaved her workmen, overthrown her free institutions by force and has so far failed in return to give her a single bit of help, aid or sympathy.

What, then, do those demand who see these evils of the colour line and racial discrimination, and who believe in the divine right of Suppressed and Backward Peoples to learn and aspire and be free?

The Suppressed Races through their thinking leaders are demanding:

1. The recognition of civilised men as civilised despite their race and colour.

3. Education in self-knowledge, in scientific truth and in industrial technique, undivorced from the art of beauty.

4. Freedom in their own religion and customs and with the right to be non-conformist and different.

5. Co-operation with the rest of the world in government, industry and art on the basis of Justice, Freedom and Peace.

6. The ancient common ownership of the Land and its natural fruits and defence against the unrestrained greed of invested capital.

The world must face two eventualities: either the complete assimilation of Africa with two or three of the great world states, with political, civil and social power and privileges absolutely equal for its black and white citizens, or the rise of a great black African State, founded in Peace and Good Will, based on popular education, natural art and industry and freedom of trade, autonomous and sovereign in its internal policy, but from its beginning a part of a great society of peoples in which it takes its place with others as co-rulers of the world. ...

The absolute equality of races, physical, political and social, is the founding stone of World Peace and human advancement. No one denies great differences of gift, capacity and attainment among individuals of all races, but the voice of Science, Religion and practical Politics is one in denying the God-appointed existence of super-races or of races naturally and inevitably and eternally inferior. ...

It is the duty of the world to assist in every way the advance of the Backward and Suppressed Groups of mankind. The rise of all men is a menace to no one and is the highest human ideal--it is not an altruistic benevolence, but the one road to world salvation.

For the purpose of raising such peoples to intelligence, self knowledge and self control, their intelligentsia of right ought to be recognised as the natural leaders of their groups. ...

If it be proven that absolute world segregation by group, color or historic affinity is the best thing for the future world, let the white race leave the dark world and the dark races will gladly leave the white. But the proposition is absurd. This is a world of men,--of men whose likenesses far outweigh their differences; who mutually need each other in labour and thought and dream, but who can successfully have each other only on terms of equality, justice and mutual respect. They are the real and only peace-makers who work sincerely and peacefully to this end.

The beginning of Wisdom in inter-racial contact is the establishment of political institutions among suppressed Peoples. The habit of democracy must be made to encircle the earth. Despite the attempt to prove that its practice is the secret and divine Gift of the Few, no habit is more natural and more widely spread among primitive peoples or more easily capable of development among wide masses. Local self-government with a minimum of help and oversight can be established to-morrow in Asia, Africa, America and the Isles of the Sea. ...

Surely in the 20th century of the Prince of Peace, in the millennium of Buddha and Mahmoud, and in the mightiest age of Human Reason there can be found in the civilised world enough of altruism, learning and benevolence to develop native institutions for the native's good rather than continuing to allow the majority of mankind to be brutalised and enslaved by ignorant and selfish agents of commercial institutions whose one aim is profit and power for the few.

And this brings us to the crux of the matter; it is to the shame of the world that to-day the relations between the main groups of mankind and their mutual estimate and respect is determined chiefly by the degree in which one can subject the other to its service,--enslaving labour, making ignorance compulsory, uprooting ruthlessly religion and custom and destroying government so that the favoured few may luxuriate in the toil of the tortured many. ...

This great industrial problem which has hitherto been regarded as the domestic problem of the culture lands must be viewed far more broadly if it is ever to revive just settlement. Labour and Capital in England can never solve their problem as long as a similar and vastly greater problem of poverty and injustice marks the relations of the whiter and darker peoples.

It is shameful, irreligious, unscientific and undemocratic that the estimate that half the peoples of the earth put on the other half, depends mainly on their ability to squeeze money out of them.

If we are coming to recognise that the great modern problem is to correct maladjustment in the distribution of wealth, it must be remembered that the basic maladjustment is in the outrageously unjust distribution of world income between the dominant and suppressed peoples,--in the rape of land and raw material, the monopoly of technique and culture.