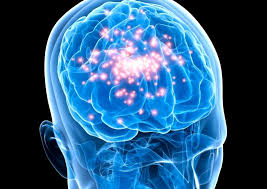 Tapping fingernails triggering goosebumps, whispers sending shivers down the spine: the brain-tingling world of ASMR has the internet clamoring for sounds that feel good. The auditory-sensory phenomenon sees people experience waves of calm and pleasurable quivers of the mind often referred to as "brain orgasms" - and it's emerging from the depths of the web into the pop culture mainstream as a means to relax.

ASMR, short for autonomous sensory meridian response, has become a full-fledged internet sensation, with YouTube creators notching millions of views for clips featuring stimuli - soft whispers into a microphone, long nails tapping, noodle slurping - to set off a prickle at the back of the neck. "It's that moment where all the hair on your body stands up," said Bianca Hammonds, who works on the ASMR channel for the US music outlet Fuse.

"You kind of feel your body vibrate," she told AFP. "It's like this zen moment."
A beer commercial aired during the Super Bowl recently showcased ASMR, with actress Zoe Kravitz whispering, drumming her fingers against a bottle and pouring the liquid to release a gentle fizz. But it's largely hip hop's tastemakers who have ushered it onto the scene, with rap stars making their own ASMR videos or even integrating its techniques into their songs.

"I love ASMR," Cardi B whispers during a clip she made with fashion magazine W. "My husband thinks it's very strange and weird that I watch ASMR every single day to go to bed," the rap queen continues in hushed tones, lightly tapping and caressing the mike with her signature extra-long nail extensions.