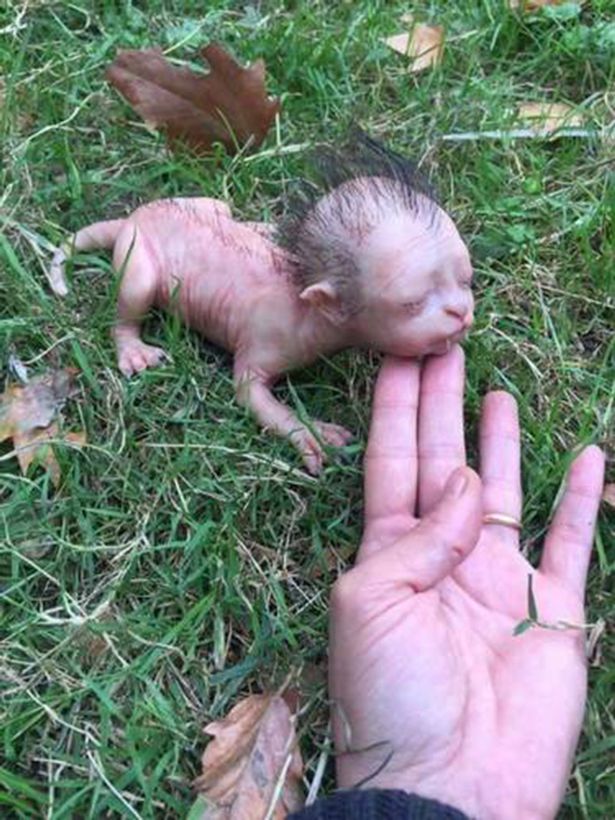 Rumours has it that a small cat-like creature with a human head had been found in Malaysia, have been quashed by police. Officials are desperately trying  to deny that such animal exist, despite videos and photographs circulating online. Clips were reported to have been filmed in the Pahang area of western Malaysia. The show the bald pink-skinned creature with four limbs and a human-like head. It has sharp claws on all four limbs, two pointy teeth and thin black hair.
State police chief Datuk Rosli Abdul Rahman said that the photographs were "untrue".
He added: "Checks revealed the images were downloaded from the internet before it was shared on social media, claiming that the discovery was made in Pahang. I hope the public will stop circulating news about the alleged discovery."

The pictures are thought to be of a ‘silicon baby werewolf' toy sold online. Police added that no sightings of the supposed creature were reported.
A picture of the bizarre cat-like beast circulated on social media after it was reported to have been found at the Pahang border. The post claimed that the creature was being held in a laboratory at an unidentified location.
Earlier this year, a goat with a human-like face terrified an Indian village and puzzled the internet. Footage of the odd animal swept the web after the goat was discovered in an unknown part of India. It appears to possess the facial structure of a human thanks to its delicate nose and lips. The goat's lips appear to be bent upwards, forming a pout on its face. And its nose also resembles that of a human's rather than the snout of a goat. The pictures were uploaded onto social media by Samiraa Aissa who shared the weird snaps with her Facebook friends.
She wrote: "A strange creature has been discovered in India. The animal, whose shape resembles that of a human being, terrified a whole village."

Earlier this year a woman in Nigeria claimed she had given birth to a goat after a two year pregnancy. A free medical treatment clinic had been set up by a local pastor and the woman's labour was apparently brought on. Crowds gathered to watch with local media reporting an infant goat-like animal covered in a pool of blood on the concrete floor.

Footage has also been released showing the blood-soaked animal which locals say backs up the bizarre claims.
Leave a comment...