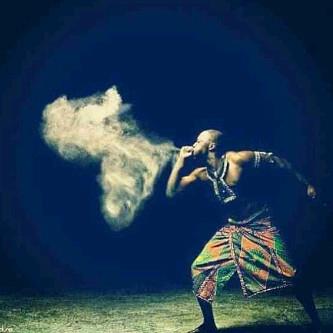 Africa is a beautiful and great continent on paper. However, in reality, the narrative is completely different due to the negative perception many within and outside the continent have about Africa. These falsehoods, myths and perception, which have been peddled for decades are now believed to be true. In fact, very few people bother to check the veracity of some of the things said about the continent. It is even worse these days since we are in the era of fake news. As such, Jumia Travel, the leading online travel agency, shares widely erroneous beliefs about Africa.

Referring to Africa as a country

This is one of the popular myths about the continent. When an event happens in Congo or Kenya, it is reported as if it occurred in the whole continent that is affected. Africa has regions (South Africa, West Africa, East Africa and Central Africa) as well as countries. So, Africa is not one country.

Africa is unsafe for tourism

From the Masai Mara park in Kenya to the Yankari Games Reserve in Nigeria and the beautiful beaches of Cape Verde and Zanzibar, tourists visits in their numbers. Hence, saying Africa is unsafe for tourism is untrue. Africa is a lovely paradise, so come visit.

Africa is a disease-ridden continent

Well, it may be difficult to convince someone about this myth following the outbreak of Ebola which killed scores in Sierra Leone, Guinea and Liberia last year. Regardless, Africa is not a diseased ridden continent as widely believed.

Africans live in a mud hut without electricity

You will be shocked that certain people still believe that Africans live in mud houses without electricity, on trees and that the people are not civilised. Well, Africa is a cosmopolitan continent.

Some African countries have limited access to technology, which is not unusual. At the same time, there are few countries that are technologically savvy. But every country has people who are innovative and creative. Africa is no different. It is, therefore, noteworthy; to say that there is now a steady increase in internet and mobile penetration, tech firms and businesses see Africa as a viable investment destination and tech hubs are emerging in different parts of the continent. Hence, Africa a growing tech hub.

Africa is a dangerous place

Africa is not a war zone. Although there are pockets of violence in some regions, it is not enough to declare Africa as a dangerous place.

You must have heard this quote that an average African lives on less than a dollar a day. Today, in Nigerian naira, a dollar is worth between N350 and N400. The fact is there is a growing middle class in Africa and they do not survive on a dollar.
Leave a comment...