UNMISTAKABLE SIGNS YOU'RE DEALING WITH A TYPICAL NIGERIAN 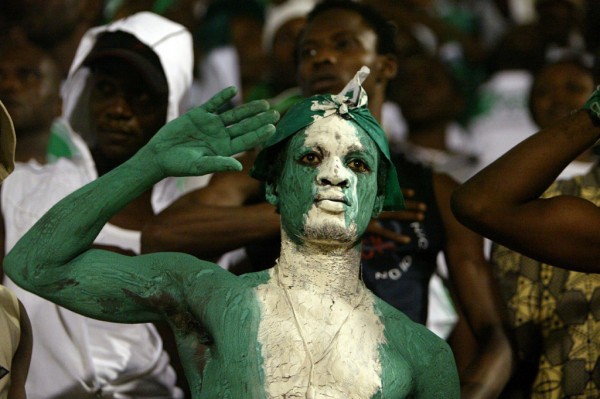 There are certain unmistakable signs that you're dealing with a typical Nigerian that are hard to ignore. Jumia Travel, the leading online travel agency, shares 5 unmistakable signs you're dealing with a typical Nigerian.
After a Long Period of Separation, You're Greeted With the State of your Weight
A typical Nigerian will break the ice with something like 'you've added weight o!' or 'wow, you're thinner now o, were you sick?', when you see them again after a long period of separation. This is one of the major ways you'll know you're dealing with a typical Nigerian. They just can't help it.
They Have Two Phones
This can definitely be considered the trademark of a typical Nigerian. The two phones usually consist of one smart-phone and one flip or classic mobile phone. It doesn't matter if the smartphone is a dual-sim phone and there really isn't a need for the other one, it's just a necessary trademark for the typical Nigerian to have them both. Although, some argue that having two phones isn't just to show off and it's the current state of power in the country that makes it imperative to have a backup phone, in the event the battery of the other runs down and there is no opportunity to charge it. This is a valid argument and one of the major factors contributing to the two phone trademark of typical Nigerians. Other variations of the two phone trademark includes having one smart-phone and a blackberry smartphone.
They're Extremely Security Conscious and Watchful
This is not without good reason, considering the security forces in the country isn't exactly top-notch and the security situation in the country is also more or less a mess. Due to this fact, typical Nigerians are highly security conscious and are more inclined to be as secretive as possible with details of their private and personal life, sometimes even bordering on paranoia with how secretive they can be. There is of course the spiritual side, and the fact that it's just not safe to be so open about your private life because of the 'wicked souls' that might hear about it and do all that's within their power to work against your happiness, even going as far as dabbling in the diabolical. For these reasons and because of the many heart-wrenching stories of people that have at one point or the other been careless with their security and paid dearly for it, a typical Nigerian just can't help but be extremely security conscious and watchful.
The Need to add 'O' and 'Sha' to their Sentences
These two slangs add 'salt' to a typical Nigerian's lingua. The slangs are used for emphasis in most casual conversations engaged in by typical Nigerians and is not limited to class, as you can sometimes find even the wealthy casually making use of it in conversations. The two slangs can also be used to express mounting anger or irritation over an issue or subject of discussion.
They Call Strangers By Familiar Names
A typical Nigerian finds it easy to call a complete stranger by familiar and endearing names like 'mummy', 'daddy', 'uncle', 'sister', 'aunty', 'chairman', 'oga', 'bros', 'dear' etc. They do so as a sign of respect or to establish some kind of connection with the individual. Some do so because they simply don't know the name of the person and don't want to ask for it. General names for referring to strangers like 'ma', 'madam', 'sir', 'young lady', 'young man', 'miss', 'mrs', 'mr' etc. don't seem to be enough for the typical Nigerian; however some argue that calling a stranger by familiar and endearing names is done because Nigerians generally have a familial culture that accords everyone with respect.
Leave a comment...