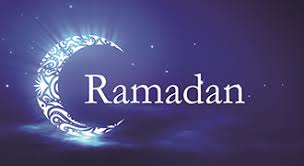 The period of Ramadan is a period in which Muslims turn towards their spiritual communities in a time of heightened spirituality.

Aside Fasting, It's also a Time for Spiritual Reflection
For many muslims, as much as Ramadan is a period of fasting for them, it's also a time for deep spiritual reflection and personal growth. It's not just about fasting. Fasting helps to afford the peace of mind that allows them spiritually reflect and think clearly and rationally without being clouded by overwhelming emotions or distractions. It offers an opportunity to forgive, let go and focus on what's most important.

Muslims Don't Only Abstain From Food and Water
During Ramadan, Muslim also abstain from bad habits; they don't just fast from food and water. The fast is not just about denying the body food and water, it also involves a taxing challenge of avoiding bad behaviours like loss of temper, ill speech etc. The point of this is to demonstrate submission to God and keep the mind 'focused on a spiritual plane'.

Many People Give More to Charity During Ramadan
One of the Five Pillars of Islam is giving money to charity. It is not unusual to see an increase in this practice among Muslims during Ramadan more than any other month of the year.

Muslims Would Appreciate You Not Feeling Bad For Them
Ramadan is not a period of suffering; it's a period of spiritual reflection and growth for the Muslims. As a result, Muslims typically appreciate if you don't feel sorry for them, as they are not suffering. Though fasting can make them tired and sleepy, the benefit and value of the season for them is much more satisfying and thrilling.
Leave a comment...