Confession Of An Ex BBN Housemate,Gifty Brain.Watch Her Released Video 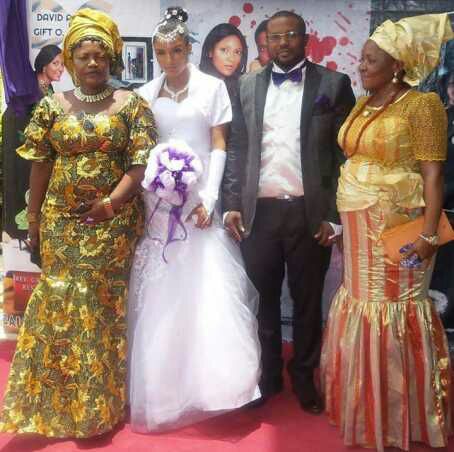 One of the Evicted Housemate in the ongoing Big brother naija reality show Ms Gifty Brain which was known in the house as Gifty and the fourth to be evicted from the house has now admitted to a denial that was strongly put forward by her. she owned up to the truth after several backlashes and a big call out by his ex- husband family.

It is on record that Ms Gifty who got evicted on the 28th day of the ongoing reality show had granted myriad of interviews online and offline denying to ever being married and tagging the released marriage photos by the ex- husband's family as mere movie location pictures that she acted in as a Nollywood actress. This response of hers infuriated the ex-husband and made him slammed Ms Gifty as a deceiver for deceiving her fans by claiming not to ever  been married because she wanted to cover up her cheating lifestyle while still married to him.

In the video released by the ex house mates she said, she initially denied being married to one, Mr. Augustine Akuma because she felt that part of her life was the darkest period of her existence and she felt by consistently denying it, it will give her the necessary closure and blot out all memories of that existence. She confessed to being naïve and not emotionally and psychologically ready for marriage.

Watch the video below as she talked about her past and her advice for the young people.