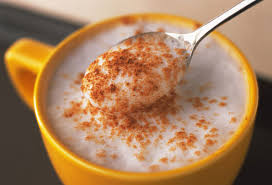 Alcoholism which is another name for alcohol use disorder according to medical encyclopedia is the act of a person drinking large volume of alcohol over a long period of time and has the inability to cut down or stay away from alcohol. Alcoholism is quite addictive, that it could be termed a disease for some people.

According to medical experts alcohol is one of the killers of mankind health wise. Even financial analysts have also given their views that alcoholism drained one financially than other addictions. Emotionally and maritally it has been asserted that an alcoholic cannot have a stable home or relationship because the partners most often than not cannot cope with such habit and this will definitely lead to a breakdown of the marriage or a break up in the relationship.

Most times alcoholics try to steer clear of alcoholic but the will- power is not just there and sometimes they do not know there are some options to help quench the taste for alcoholic. These foods work like magic, all you need do is   grab them as an alternative whenever the urge arises. Do not expect an immediate change, remember its takes 21days to get used or addicted to a habit. So give this habit ample time to see the radical change and refrain from drinking during this period.

Add fruit juices to your menu

A renowned nutritionist recommended this for her patients in a rehabilitation centre, and it worked like magic and it was noticed within a timeline of 10 days, their taste bud had changed from demanding for alcohol to having the urge for juices. So if you are trying to dump alcohol switch to taking more of fresh fruit juices, you would gradually eliminate alcohol from your life. You could make juices from the fruits you love mostly and enjoy drinking. Be it pineapple, banana or apple juice.

Grapes to the rescue

This is a fruit that if eaten often can help reduce alcoholic consumption. The chemicals contained in grape like potassium helps to fight the urge for alcohol. Experts opined that grapes  helps to balanced the alkaline blood in the body and also stimulate the kidney to mitigate against alcoholic urge,   if  you consistently take grapes which one of the ingredient is for red  wine, it will help to keep the heart merry and drop the urge of  alcoholic consumption.

Dates or date palm which is a flowering plant species in the palm family as also been advised by experts to be consumed by alcoholics especially for those that want to stop drinking alcohol. it is on record that dates intake helps to reduce alcohol consumption and subsequently help stop one from drinking alcohol.

This diet should be inculcated into the menu especially for one that wants to stop drinking. You absolutely go on carrot diet. Carrot is one of the fruits that help to curb the urge for taking alcoholic. When you re craving greatly for alcoholic, you rather grab a carrot or two to chew or you could make it into a juice to drink and your taste would go away and be determined to let it go.

This edible fruit pod which is also known as bitter melon can also help fight alcoholism. If you want to stop drinking alcohol, it is advised that bitter gourd should be taken especially when one craves for any alcoholic drink and this will help to quench the taste. Bitter gourd is also medicinal and helps or has a positive effect on the blood glucose levels. Bitter guord is a good source of vitamin C which is a powerful antioxidant which helps to remove previous toxins from the body that must have built over time in the body due to much intake of alcohol.

According to whole health organization, the consumptions of celery by alcoholics can make them be sober and help prevent them from getting addicted to the taste of alcohol and subsequently helps to stop drinking. So if you have been looking for a means of cutting out alcoholic in your life, then have some celery around you and go for it when your urge for alcohol heightened. Celery is quite nutritional because of its added advantage of high content of vitamins and minerals which are needed by the body.

The cayenne pepper which some comes in a powder form is a good fruit that can be used to fight alcoholism. This is achieved by the controlling appetite effect provided by the pepper for the alcoholic and making the urge for alcohol impossible.

So if you are ready to curb excessive alcoholism, then take the following food and be free from excess drinking.