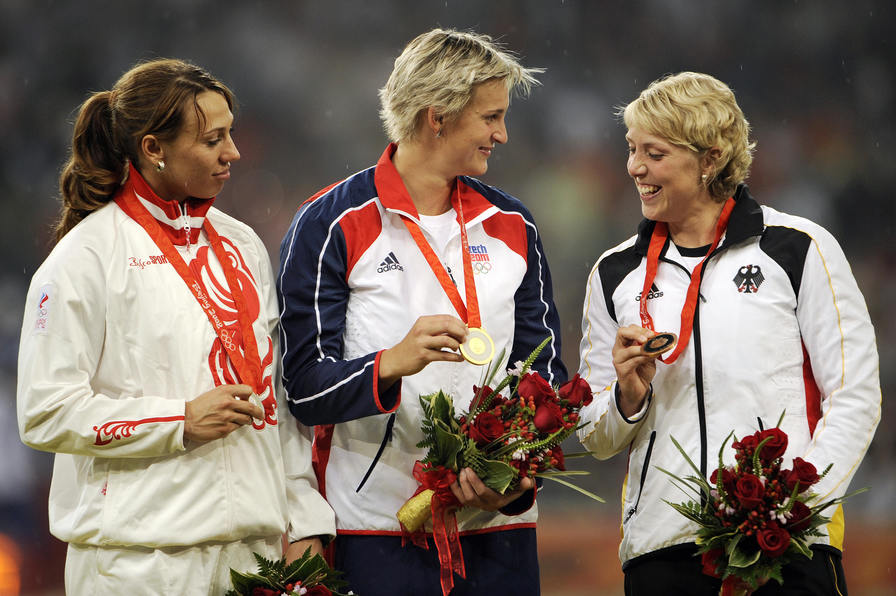 Silver medalists may be less happy than Bronze medalists, because of our mind's tendency to dwell on "what could have been."Ø

"If you win a silver, it is very difficult to not think, 'Boy, if I had just gone a little faster at the end,'"Ø researcher Tom Gilovich, explained to the Washington Post. "The bronze-medal winners--some of them might think, 'I could have gotten gold if I had gone faster,' but it is easier to think, 'Boy, I might not have gotten a medal at all!'"

Back in the 90s Tom Gilovich was part of a team of researchers who went to the 1992 Summer Olympics to study the emotional reactions of Silver and Bronze medalists.

It's not just Olympic athletes, though. The researchers went to the Empire State Games, an amateur competition in New York, where they interviewed 115 athletes who received medals. The results were the same-the Silver medalists just couldn't seem to shake the thought that they could have done more.

The researchers attribute these results to concept in psychology known as counterfactual thinking. It's the human tenancy to ponder the possible alternatives to life events. So, for the Silver medalists this alternate reality may be winning the Gold, but for Bronze medalists it's likely finishing without a medal at all. When considering these alternatives it's no wonder the Bronze medalists is walking away with a bigger grin.