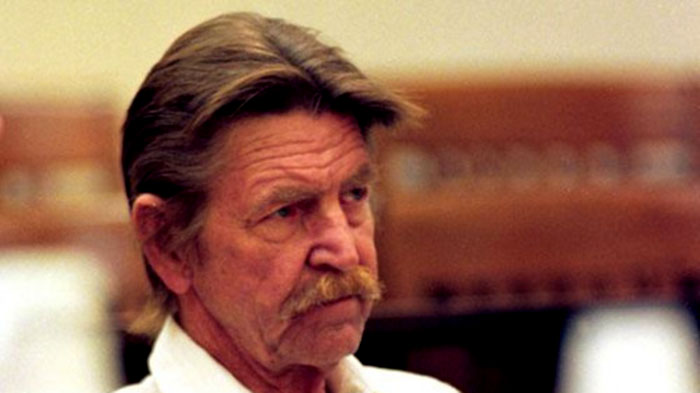 David Parker Ray a.k.a the ōToy-Box KilleröØ is best known as an American serial killer and torturer of women. While he may have passed away before he could stand trial for his crimes, he will forever go down as one of the most prolific and vile serial killers to walk the face of this earth.

David Parker Ray was born and raised in the state of New Mexico. He was brought up by his abusive grandfather, who he always had a complicated relationship with.

Throughout his youth, Ray was bullied and made fun of. Because of the circumstances at home and bullying at school, Ray turned to drugs and alcohol at quite a young age.

As an adult, Ray wanted to venture out of the state of New Mexico. He joined the Army and ended up getting married twice in his adult life. He was a father to two daughters, both who ended up living with him at some point in their childhood. It wasn't until the 1950's that Ray began walking down the destructive and heinous path of murder.

ōToy BoxöØ With his $100,000 trailer that was full of sex toys and torture devices, Ray began picking up vulnerable prostitutes to bring them back to his ōToy BoxöØ torture chamber.

While there, the defenseless and powerless women would be subjected to rape and torture. Ray's trailer was equipped with straps, surgical instruments, chains, pulleys, spreader bars, clamps, and syringes.

His trailer also featured a gynecology table with a mirror set above it and an electric torture device.

Women who survived the torture were sometimes set free. Others sometimes escaped. However, the majority of them could not survive the sexual torture and ended up passing away while or after Ray was finished with his deeds. The women who passed away from the injuries ended up having their lifeless bodies thrown into a local lake or ravine by Ray and his accomplices.

While many believe that Ray committed these acts alone, the truth of the matter is that he also had several female accomplices that worked with him to lure women and helped him torture these women. He also had a male accomplice that took part in some of his crimes.
The most well-known accomplices of Ray's were Cindy Lee Hendy and Glenda Ray. Both of these women are known for their involvement in abducting and torturing many of Ray's victims.

Ray's streak of torturing, raping, and murdering women came to an end in March of 1999 when Cynthia Vigil, a woman who was being held captive by Ray ended up escaping his ōToy BoxöØ while Ray was out and about. Vigil escaped by fighting off Hendy with an ice pick. She ran to a neighbor with just a padlock and chains on her nude body.

The friendly neighbor gave her a robe and assisted her in calling 911. Once police showed up at the scene and ventured into the gruesome scene of the ōToy BoxöØ. Ray and Hendy were then immediately arrested and locked away.
With testimony from

Ģ An array of weapons and instruments of torture including a gynecologist-type table, medical implements, custom-made tools and sinister sex toys
Ray, Hendy, and many others, investigators determined that David Parker Ray was probably the culprit in anywhere from 14 to 60 different murders and/or rapes.

However, the court could only definitely prove that he was guilty of the attempted murder of Cynthia Vigil and the murders of Angelica Montano and Kelly Garret.
Unfortunately, David Parker Ray never had the chance to actually receive much punishment for the crimes he had committed. Ray passed away from a heart attack in 2002 while he was awaiting interrogation at the Lea County Correctional Facility in New Mexico.

One of his accomplices, Cindy Hendy received a total of thirty six years and his male friend accomplice, Dennis Roy Yancy ended up being paroled in 2010.
source truecrimestones.com
Leave a comment...