Does your kid snore while sleeping? It may lead to poor grades in school 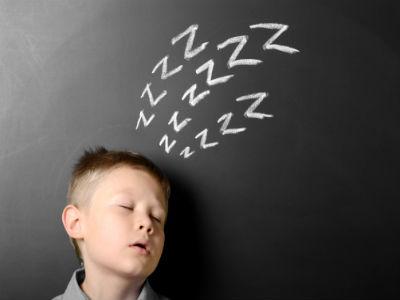 According to data presented at the American Thoracic Society Conference, while periodic snoring is usual in children, persistent snoring can lead to a disorder called sleep apnea that affects the quality of sleep, which in turn, can be linked with concentration and learning difficulties.

Sleep apnea is a potentially serious sleep disorder in which breathing repeatedly stops and starts. The most common reason for snoring are enlarged tonsils or adenoids, that can often be cured or reduced with surgery, the researchers said.
Leila Gozal, MD, MSc of the University of Chicago and his colleagues examined a total of 1,359 school children, comprising snorers and non-snorers between the ages five and seven years. They were divided into four groups based on severity of sleep apnea.
They completed sleep assessment questionnaires, an overnight sleep study, and measures of several cognitive functions including language and executive development.

After comparing measures of cognitive functioning across the four groups, the researchers found that even snoring alone has a negative effect on children's thinking abilities.

Gozal said, ōOur findings provide further justification for exploration and development of simple cognitive batteries that can be coupled to the current clinical evaluation of children with habitual snoring such as to better guide the management of the decision-making process.öØ

The study was presented at the American Thoracic Society's ATS 2016 international conference in San Francisco.