Photo: Mother makes her son walk naked around the street as punishment for stealing from his grandmother 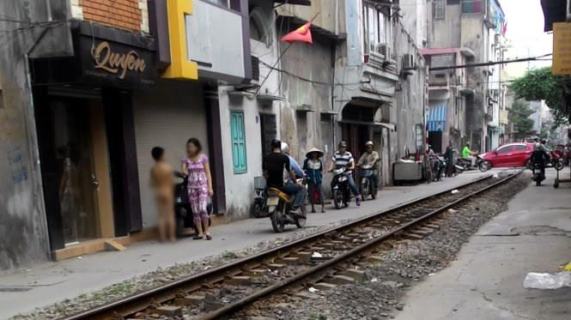 A Vietnamese woman has been seriously reprimanded by Police in the northern city of Hai Phong for forcing her 12-year-old son to walk naked on a street as punishment for stealing VND500,000 (US$22) from his grandmother to play online games.
The boy was seen walking in tears without clothes on Tran Nguyen Han Street around noon on Monday, April 11 while his mother repeatedly insulted and whipped him, Tuoi Tre newspaper reports. Some neighbors reportedly asked her to stop, but she refused to. They then called the police.

"I don't want to treat him like that. But this could be the only way to make him feel ashamed so that he won't steal money anymore,"  she said.
Leave a comment...