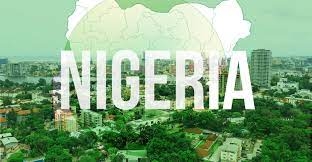 The history of Nigeria is a complex topic, with many different ethnicities and cultures. The country was originally inhabited by hunter-gatherers. Over time, groups of people moved into the area from the north and east and began to farm and raise livestock. This led to larger settlements that became small kingdoms; Europeans arrived in 1472 but did not establish permanent settlements until 1650. During this time period, several different kingdoms controlled different areas; then the British came along and colonized all of southern Nigeria until 1960 when it gained its independence from Britain.

The Southern part of Nigeria was colonized by the British in the nineteenth century.

Britain was the first European country to colonize Nigeria. The British ruled it from 1901 to 1960, and they were motivated by trade and a desire to build infrastructure. In addition, they wanted to spread Christianity because they thought Western civilization would improve Africans’ lives.

However, British rule did not lead to positive changes in Africa. It did not end slavery or give freedom to many people who had been enslaved before colonization began or during it; instead, slavery continued under new conditions after colonization began.*

The area that is now Nigeria was under British control as a protectorate from 1901 until 1960, when it became independent.

In 1901, the British established a protectorate in what is now Nigeria to prevent Germany's colonial ambitions in Africa. The British controlled the area as a protectorate until 1960, when it became an independent country.

It wasn't until 1914 that all of what had become known as Nigeria, by then including areas to the east and west, was combined into a single administrative unit. The British colonial government created the province of Nigeria in 1914. In that year they also divided it into two protectorates: Northern and Southern. These became provinces in 1922 when Nigeria was created as a sovereign nation by Britain; today's eastern region used to be part of Eastern Province (and is still sometimes referred to as such).

Some historians point to 1804 as the founding date of Nigeria, when the Fulani jihad states were founded. The first of these was in Sokoto, where Usman Dan Fodio had declared a new caliphate after being exiled by his brother, who was sultan of Sokoto. These states were ruled by Sultans and emirs who sat on councils called durbar which included religious leaders and senior officers from each province.

The British took control over most parts of modern day Nigeria as a result of treaties: for example in 1902 when they negotiated with King Jaja Bello (the son of Abubakar) on behalf of his father King Bello after he died; or in 1914 with King Aderibigbe at Ilorin (a town near Kano) after the latter's death; or again with King Gbadebo at Lagos in 1861

Others argue that the country did not begin until colonization began in 1900. The first group of Europeans to set foot on Nigerian soil were Portuguese traders and missionaries who arrived at the Yoruba coast in 1472. However, they did not establish a permanent presence until much later. In fact, it was not until 1885 that Britain sent its first official representative to Nigeria—to be exact, Governor Frederick Lugard of Lagos Colony.

In 1900, Britain officially colonized Nigeria and divided it into protectorates: Northern Protectorate (Yorubaland) and Southern Protectorate (Hausa-Fulani area). These two territories were later merged into one colony by 1914 under British control known as Nigeria or Colony and Protectorate of Nigeria (CPN).

The history of Nigerian ethnic communities prior to European conquest and rule is more complete than for most African nations, but much remains unknown and unrecorded before European arrival.

The history of Nigerian ethnic communities prior to European conquest and rule is more complete than for most African nations, but much remains unknown and unrecorded before European arrival. In addition, the historical record has been skewed by a tendency to categorize all peoples that were not Muslim or Christian as "tribes." The earliest inhabitants of Nigeria were several indigenous groups who spoke Niger-Congo languages. During the pre-colonial period, these groups often established kingdoms that rose and fell as they competed for territory. They were organized largely along lines of kinship, which also shaped politics.

When Europeans arrived in West Africa, they found the region inhabited by several large kingdoms: the Benin Empire (modern day Edo state), Oyo Kingdom (modern day Oyo state), Ife Kingdom (modern day Osun state), Nupe Kingdom (modern day Kwara state) and Ijebu Kingdom (now part of Ogun state). These states had well defined territories with centralized governments headed by an Oba or Oni respectively; each kingdom was independent from its neighbors except in wartime situations when political alliances might have been made between them.

The origins and early history of some major Nigerian ethnic groups are disputed; other groups have histories documented since their arrival in what is now Nigeria. Beginning in the 15th century, Europeans traded goods with West Africans.

Nigeria gained independence from Great Britain in 1960. The following year, it formed a loose federation with Lagos as its capital city to govern the country's federal territories. In 1967, Nigeria seceded from this union to form its own government; however, the country was not stable enough for self-rule until 1999 when an election marked a return to democracy after years of military rule under General Ibrahim Babangida

In addition to Hausa-Fulani, Yoruba, Igbo, Kanuri and Ibibio are sometimes counted as "major" tribes in this regard; smaller ethnic groups run into the hundreds.

For example, many Nigerians identify with specific languages or dialects - these sometimes correspond to ethnicities, but often do not (e.g., Yoruba people sometimes speak one of several Yoruba dialects).

In Nigeria, a person's identity can be built around their language or dialect. For example, many Nigerians identify with specific languages or dialects - these sometimes correspond to ethnicities, but often do not (e.g., Yoruba people sometimes speak one of several Yoruba dialects).

Nigeria is a country with a history of conquest. It was colonized by the British in the nineteenth century and became independent in 1960. Then, it was divided into two separate countries—Nigeria and Biafra—in 1967, but this didn't last long: after three years of war, Nigeria re-emerged as one country once again. Today, Nigeria is one of Africa's largest economies and serves as an example for other African nations trying to build their own economies on free trade instead of colonial rule (or worse).