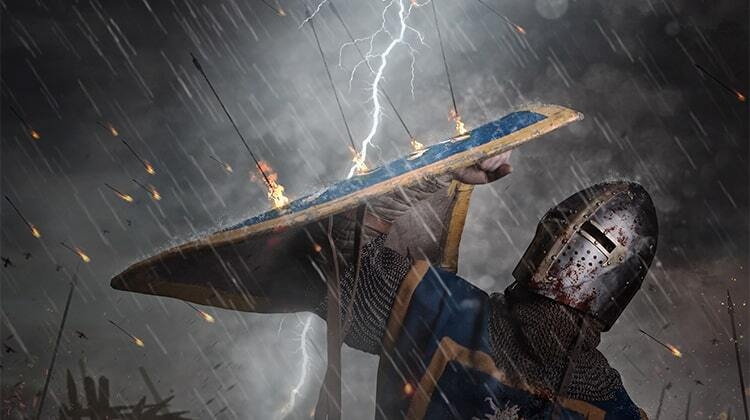 As Christians, we have to have knowledge of our enemies and how they will try and attack us. Many Christians are getting defeated or taken home too early from this life as a result of not having some basic 101 knowledge in spiritual warfare.

In the realm of having to do battle with demonic spirits from time to time - I believe there are 4 basic levels in which a Christian may have to face. Having the specific knowledge on what each one of these levels are all about can really help with planning and carrying out the appropriate battle strategy in which to defeat them should demons ever move in for an attack on either you or any of your close loved ones.

Every time that Jesus told His apostles to go out and walk with His anointing to save the lost and heal the sick - He always had the command in there to also cast out demonic spirit where and when needed.

It has been estimated by many Bible scholars that approximately 25% of the miracles Jesus had performed were Him casting demons out of people. Satan and his demons are not confined to the Bottomless Pit at this time. This event will not happen until Jesus returns back to us in His second coming. Until that event happens, Satan and his demons are still free to roam in the "air" seeking who they are going to try and devour next.

What is now left is that all Christians have to realize that the victory is already ours. We thus have to learn how to engage and defeat the devil and his demons when they do try to move into a person or a situation - and sometimes this means a real live deliverance - because demons can and do attach themselves to people when they do move in for an attack. And once they do, the only way to be able to drive them out is by the power of God!

Here are the 4 different ways and avenues that demons can move in for an attack on someone - whether the person be a Christian or a nonbeliever. There are rules to the war games that are going on behind the scenes between God and the devil for all of our souls. To be forewarned is to be properly armed.

1. The first level is when demons move in for an attack with no real legal right to be able to do so. This is exactly what happened to Jesus when He was out in the wilderness for 40 days and 40 nights. Satan had no legal right to be coming after Him, but he did anyway and Jesus drove him away by quoting the Word back to him.

2. The second level is when demons do have a legal right to be coming after you. And one of the ways that you give demons the legal right to be able to attack you is by crossing over and entering into some of the heavier sins and transgressions expressly forbidden by our Lord from His Word.

3. The third level is when demons attack as a result of what someone has may have done to you. Sometimes victims of crimes such as rape and assault, or receiving severe abuse from a parent or spouse can cause demons to try and move in to attach to the victim - trying to feed off the negative emotions of hate, anger, unforgiveness and wanting to get revenge on the attacker or abuser.

4. The fourth level is when demons will try and attach to someone as a result of a generational curse line coming from a severe sinning, dysfunctional parent or parents. For instance, an alcoholic father can end up producing children who end up becoming alcoholic themselves. Demons will attempt to jump and transfer from the father onto some of the children trying to get them to commit the same type of sin their parent had been committing.

As Christians, we have to have knowledge of our enemies and how they will try and attack us. Many Christians are getting defeated or taken home too early from this life as a result of not having some basic 101 knowledge in spiritual warfare.