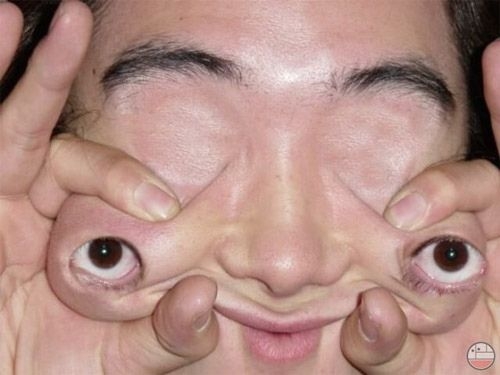 To help make classifying psychological disorders easier the American Psychiatric Association came out with the first system of grouping psychological disorders in the United States in 1952. This manual was known as the DSM-IV (Diagnostic and Statistical Manual of Mental Disorders).  The 1994 edition is the most current version that I’m aware of and includes 17 major classifications and describes more than 200 disorders.  The DSM had undergone changes and probably will go more in the future which shows the advancement in knowledge of psychological disorders over the years. The DSM-IV has added and dropped categories from its manual which has caused some major controversial by psychologist you relied heavily on those techniques. An important feature of the DSM-IV is its multi axis features. It has five axes to accurately diagnose an individual with a mental disorder by characterizing them in terms of a number of factors.  The five axes of DSM-IV include:

Axes I-II describes the majority of psychological disorders, and Axes III-V is not really needed in diagnosing a psychological disorder but they are there to consider the person’s over all life situation.  For example, an individual may have high blood pressure which is an example of Axis III, which needs special precautions to treatment because some mediation can worsen the symptoms for individuals.

The DSM-IV was put together by a number of mental health professionals and included a diverse range of audiences which was something missing in the previous manuals because the majority consisted of mostly white male psychiatrists.  The biggest controversial part about the DSM-IV is that the symptoms are still described in a psychiatric manner. Even though more psychologists have participated in it then ever, it still shows a medical model of diagnosing patients which puts less emphasis on external factors such as environmental effects on mental disorders.

There are some common issues with labeling in the DSM-IV.  Some of the categories for mental disorders are what some people would include to be everyday harmless activities. For example, if someone has a hard time learning mathematics, or writing skills than that could be labeled as a mental disorder. Also, an addiction to some substances like a nice cappuccino from Starbucks would be classified as a mental disorder because the individual will be viewed as having a substance abuse problem.  Furthermore some individuals that do not have a mental disorder may turn out to believe that they do by a simple misdiagnoses.

The term that refers to when people believe that they believe something when it is told to them is known as the self fulfilling prophecy.  Labels can also have harmful side effects on the individual and cause them to lose self esteem when they think that they are mentally ill. A lot of time, individuals will avoid seeking help to avoid these labels because they don’t want people to think of them differently.  The DSM-IV may have its critiques and inaccuracies but it’s still the most comprehensive mental categorizing system currently available. Like mentioned earlier, there are many categories for mental disorders.

A lot of people are informed about some common ones such as the fear of spiders or Arachnophobia, and the fear of closed tight spaces or Claustrophobia. However there are a lot more bizarre ones that people may not be informed about such as Dikephobia or the fear of justice and Geliophobia or the fear of laughter.  A very interesting psychological disorder is obsessive compulsive disorder and the individual has these obsessions to do things in a particular way or order and it is causing them mental distress. For example, they may have a need to get dressed and take their clothes off in a particular manner and if they mess up than they must start over again because they ruined the sequence.

These rituals will consume up a vast majority of the individual’s time.  Panic disorder is when the individual has periods of deep fear. This usually doesn’t last too long and some symptoms are the individual will tremble and experience a shortness of breath. Next, post traumatic disorder is the feelings of emptiness and depression an individual will experience after a traumatic event such as after a plane crash or abuse/rape. Even though men and women can experience this disorder is more likely to exist with females. Last, a social anxiety disorder is a fear of being in social situations and being evaluated by others. A classic example is being extremely uneasy and nervous during a job interview.