Incredibly Quirky Facts You'll Want to Share With all Your Friends. 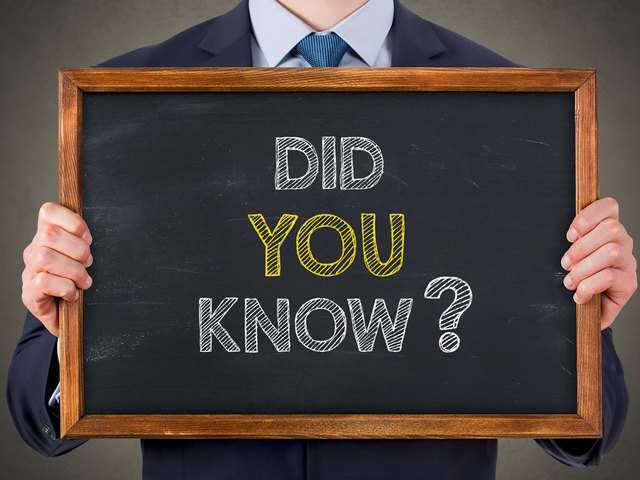 What could be more fascinating than enriching our soul with knowledge? Knowledge is like glue that sticks information as well as learning together. When we gain knowledge, we feel like a light has been shinned on our path, no wonder they call it "enlightenment". Gaining knowledge will not only ensure that you are aware but can also help you become more self empowered and be able to look after yourself in any situation.
Here at Obiaks, we pride ourselves on serving you with first hand information that will broaden your horizon...we are very cool on facts and every other things that will nourish your mind. Sit back and relax with a cup of coffee or an assorted confections, as we again, bring you with some really cool and refreshing facts from around the world.
Here are some 20 fascinating facts we have arranged for you today.
1. Did you know that you are taller in the morning than in the evening? You are about 1cm taller in the morning when you wake up from bed than when you go to sleep at night. This is because during the day the soft cartilage between your bones gets compressed due to stress and the days activities.
2. It will take you around 690 days to walk round the whole world if you walk 12 hours a day.
3. You will produce about 40,000 liters of spit in your lifetime. This is equivalent to around 500 bathtubs of spit.
4. Your eyes blink around 20 time every minutes, which is over ten million times a year assuming you don't sleep.
5. Your ears and nose never stop growing! That's because they are not made of bones but cartilages, and cartilage continue to grow until the day you die.
6. The oldest condoms ever found date back to the 1640s. They were found at Dudley Castle, England, and were made from animal and fish intestines.
7. The first man to urinate on the moon was Buzz Aldrin, shortly after stepping onto the lunar surface. He actually did it on purpose just to have something unique to his name.
8. In 1567, the man who had the longest beard in the world was killed by his own beard. He tripped over his beard when trying to run away from fire.
9. The dancing fever of 1518 was a case of dancing mania that occurred in Strasbourg. Hundreds of people danced for about a month for no real reason. Many of them danced themselves to death.
10. There is a town in Netherland called Giethoorn, the buildings are connected entirely by canals and footbridges. It has no road for cars.
11. In Antarctica, there is a glacier called "Blood Falls" that regularly pours out red liquid, making it look like the ice is bleeding. However, the reason for this is actually because the salty water has undergone several oxidation processes.
12. The Eiffel Tower can grow up to seven inches taller on warm days, and lean several inches away from the sun due to thermal expansivity.
13. The loneliest creature on Earth is a whale in the Pacific ocean who has been calling out for a mate for over twenty years. But because it sings differently from other whales due to it's high-pitched voice, the opposite sex never responds. We really need to help this guy find a partner!
14. The northern leopard frog technically swallows its prey using its eyes. It uses it's eyes to help push food down its throat by retracting them into its head.
15. The longest musical performance in history is currently taking place in a church of St. Burchardi in Halberstadt, Germany. The performance began in 2001 and is scheduled to have a duration of 639 years, ending in 2640.
16. Toxoplasmosis is a disease caused by Toxoplasma gondii -a parasite that can only breed sexually when in the guts of a cat. The disease can infect humans and other animals as well as rats. When it infects rats, it changes their behavior and make them less scared of cats.
17. Drones (male bees) are animals created for a single purpose. They wait all their lives to have sex, and they die immediately after achieving it.
18. Female kangaroos have three vaginas that all serve different purpose.
19. The Romans used to clean and whiten their teeth with urine. It works though, but don't tell me you are considering it!
20. The blood vessels in your body when put together can stretch over 60,000 miles, they'd stretch around the whole world more than twice.
Leave a comment...