Bizarre Facts About the United States You Need to See 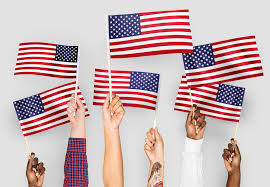 Quite a lot is known about the United States. We all know that this is a nation that often rank first in global competitiveness, a nation that set the pace for other nations to follow when it comes to development and other areas of life. But how much of this country do you really know? in this list we are going to expose you guys to some real facts about the United States, facts that even most Americans aren't really aware of.

The US Has The Largest Prison Population In The World

There are around 17 security agencies in the United States who are all maintaining law enforcement in the country. For a nation with such agencies one would assume that the level of crime should at least be minimal but unfortunately the nation has the highest population of imprisoned people in the world. Statistics shows that there are 724 imprisoned persons for every 100,000 US citizens. China has the highest population in the world so one could assume that China should top the chart, if not for any reason but for their enormous population. However, according to statistics China has only 118 number of imprisoned people out of every 100,000 citizens, a population that is five to six times lower than the America.

United States Has no official language

It means that Donald Trump could address the Americans in whichever language he chooses even if its Arabic.

Cows outnumber humans six to one in Nebraska

It seem that everyone in Nebraska state are herdsmen. Nebraska has a population of around 1.94 million as of 2019, but the population of cows is somewhere around 6.5 million. It means that for every one person in the state, there are 5 to 6 cows. This is quite wonderful and risky at the same time because if by some cruel jokes of nature cows decided to take up a "beef" with humans in the state it actually means game over for Nebraska. Other American states where cows outnumbered humans are North Dakota, Montana, Iowa and Kansas e.t.c.

40% of babies are born to unmarried women

Being a baby mama is becoming a global tradition. With what the world is becoming, it seem that most people are actually tired of getting married. These days women are often comfortable being mothers instead of being a wife and a mother. We just hope that the institution of marriage don't get lost completely from our world anytime soon.

Statistics shows that 40 percent of all babies in America are born to unwed mothers. And the population seem to increase yearly.

One in three Americans is obese

Obesity has been a major problem in America for several decades now. There are currently 329.064 million population in the US with 109.688 million obese people. It actually means that one in every three persons are obese.

It’s legal for children to smoke

Apart from those of Nevada, there is currently no law restricting children from smoking in America. It actually means that a child of any age can lit a cigarette and puff as they like. The law only restrict children and people below eighteen years from purchasing cigarette but it does not restrict them from smoking it.

Most presidents were born in Virginia

Virginia has produced more presidents than any other states in America. However, we don't know why but lets just assume is Virginia's close proximity to the states capital, Washington. Since 1789, there have been 45 people sworn into office as President of the United States. And out of this number, eight has been from Virginia alone. Second is Ohio who has produced seven presidents, and third is New York who has produced six presidents including Donald Trump.

Wheat is the second most important grain grown in the US after corn. Almost every states in the US produces wheat but majority of the production is done by Kansas, North Dakota and Montana. There are 7.7 billion people in the world currently that if everyone decides to feed only on wheat for complete two week, Kansas alone is quite ready for that supply.