Fact That Shows the World May End Soon 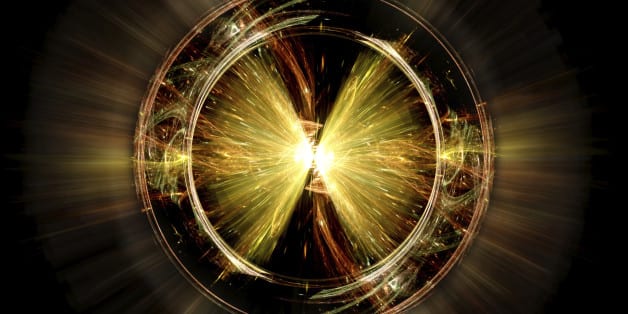 The universe is an infinite world filled with weird, creepy and bizarre things. Things we should not even think of, if we wouldn't want to have our hearts hanging on the balance. Most of us are not really scientifically inclined that's why we have no idea of whats actually happening around our cosmos. If you really know the phenomena governing the entire universe and what is really going on around our world, you would realize that we are living in an unstable universe that is ready to collapse at any point in time. On of the most anticipated and most scary occurrence is the effect of the Higgs Boson Doomsday.

Although There are lots of scary scenarios that has been assumed to occur and destroy our universe. But the most fascinating among them all is the Higgs Boson. World Famous physicist, Stephen Hawking, once argued that no Scientist would be able to detect the Higgs Boson particles. But his argument was later nullified when some group of physicists detected the particles in 2012. Hawking however, lamented over the discovery and said the particle could destroy the entire universe -which most scientist couldn't agree less.

The Higgs boson is an elementary particle in the Standard Model of particle physics, produced by the quantum excitation of the Higgs field. It is a very unstable quantum particle that decay into other particles almost immediately.

Although the idea of the Higgs boson is still very much hypothetical, nobody have actually experienced it effect or whether it is happening around the universe already. However, many scientist including Stephen Hawking – believed Higgs Boson could happen, or rather it is happening already.

It has been predicted that the effect of Higgs Boson would start with a bubble filled with fluctuating Higgs energy, which should remain consistent for the universe to stay stable. The bubble would then spread like the vacuum, disintegrating – atoms as it goes and decaying into other particles which could consume the entire earth.

Some scientist believed it has already started and its heading our way but most believed it is yet to start. But whats known for sure is that when it starts, it will take quite some time before it reaches our earth which may be some tens to hundred years. And when it finally arrives, the effect may be catastrophic and may literally mean game over.