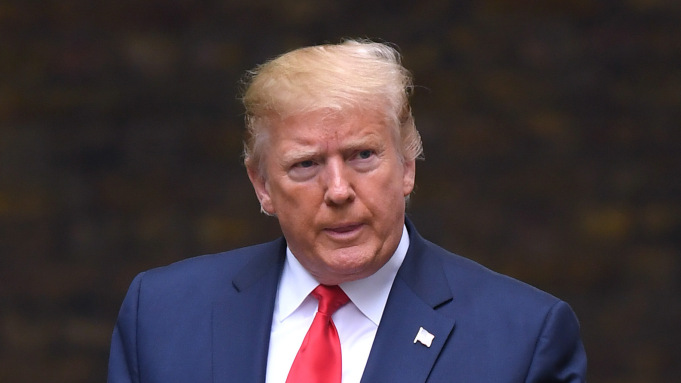 Donald Trump has been the most controversial US president ever in history. Virtually the entire world of media are always ready to hear what he has to say or do next since his words and actions are always intriguing. Donald J. Trump has pretty much been involved in some shady stuff over the last few decades. Lets look at just a few of them;

Trump had A Scam University

You all may have heard of Trump University (TU) in the past. However, the real truth is that the institution was not actually a university because according to the New York policies, no one should call his company a university if it isn't one. The company was a scam company whose aim was to extort money from people who wished to register. It made students sign up for expensive seminars where they would “learn Trump’s personal techniques.” And at the end, they learned nothing but just a general business knowledge anyone can actually acquire even in secondary schools. Most of the participants even ended up not seeing Trump in person.

He had A Scam Charity

Donald J. Trump Foundation is not a regular charity. It was said that most of the funds realized doesn’t always go to good causes. They either go to his pocket or to fulfill other ambitions for his own glory. Most Charities get their funds from their founders but he hardly donates money to his own charity. Most of the funds realized are from other philanthropist rather than Donald Trump Himself. He used the foundation’s charitable status as a bait to get donations from other rich people he then gives these donations away to second charities, making himself look like an angel.

He was hostile to his Tenants

It was reported that in 1981, Trump purchased a building off Central Park in New York hoping to demolish it and turn it into a condominium. The residents living there refused to move. Trump acted like a landlord without sympathy. For almost six years, Trump cut off heat and hot water, even during the dreadful winter periods. He refused to maintain the structure, he didn't fix leaks and holes in the building, making rats to infest his tenants homes.

He allowed a construction team to start work at 7:00 AM every day directly above an apartment where an old sick woman dying of cancer was living. When she complained, Trump paid deaf ears and did nothing.

It appeared ridiculous to many when he said he would house homeless people in the building yet he cannot even consider those living in it. However, it all appeared that it was a ploy to drive them all out. Everything letter ended up in court and Trump sheepishly backed down.

Trump, since becoming a US president, has been resolute in his hostilities towards immigrants. In fact his major policies is to deport illegal immigrants. However, in the 1980s, it was reported that Trump knowingly employed undocumented or rather illegal immigrants to build his trump tower. Trump denies this. But several witnesses from the incident—including an FBI informant—have testified that Trump knew he was employing illegal immigrants. It was also reported that he made his worker passed through hell -underpaying them and not giving them a good accommodation. He threatened to report them to the Immigration and Naturalization office and have them deported if they complained.

It is no news that Trump and Vladimir Putin have some strong things in common even if he denied it. He has once praised Putin as “a strong leader,” insinuated that Obama should be more like him. Who would ever make such an utterance if they don't have closed ties.  It was even reported that he called on the Kremlin to hack Hillary’s emails which he also denied.