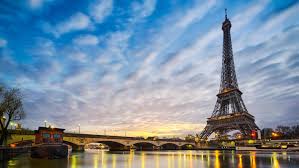 France has been a country with a notable history right from the medieval period. Its one of the countries that have made the world a better place, and have contributed richly to humanity with their great scientific breakthroughs, socioeconomic policies, political enlightenment, and inventions. It is a country with quite a lot of credits. These are the Most Bizarre Facts About France

But however, there are some bizarre facts about this great nation that most people around the world are not actually aware of, including most of it citizens.

Medaille d’honneur de la famille francaise, is an act introduced by the french government during the 1920s. It main aim is to award medals for parent most especially widows who single-handedly raised at least four children alone. This law became more prominent after the second world war for women who lost their husbands during the war. Widows were the main beneficiaries until 1983 when widowers became eligible too. These awards are ranked; gold for parent with eight or more children, silver for parent with six or seven children, and bronze for parent with four or five children.

In this country if you must travel with your pet by train, then you have to make ready, tickets for two. According to Societe Nationale des Chemins de Fer francais (SNCF), passengers are required to pay €7 for animals that weigh below 6 kilograms while those that weigh 6kg and above, their tickets are half the price of a second-class passenger tickets.

You Don't Take Photos Of The Eiffel Tower At Night

Night photos of Eiffel Tower are quite rare if you observe, this is because government see it as illegal taking pictures of it during night period. You cannot take pictures or share pictures without approval, hence defiant against this law attracts penalties.

The law is based on the European Union copyright law, which protects original artworks for the lifetime of their creators and another 70 years after they are deceased. Gustave Eiffel who passed on in 1923 was the builder of this tower, that is why the tower was named after him (Eiffel Tower). It only became legal to take pictures of the tower in 1993 but taking photos at night remain illegal. This is mainly because the lighting on the tower is considered a copyrighted artwork.

Drivers Cannot Use Phones, Even When Parked

Although most countries don't accommodate the behavior of citizens operating their phones while driving unless they pulled over by the road side to do whatever they want to with it. But in France even pulling over by the road side to operate phone is strictly prohibited. This law was passed in 2018 warning drivers that before they can use their phones, they must stop at a parking lot or some other place where parking is permitted. Defiant against this law attract a $167 fine and some other penalties.

In 1994, the government made a decreed that 40 percent of songs played on radio stations must be performed by French artists and must be in French language. This is done in order to preserve the language because English language was becoming dominant around France even in french vocabularies, which they deemed fit that curtailing it would be necessary for preserving the french language.

Necrogamy is Encouraged, You Can Legally Marry A Dead Person

Necrogamy has been a legal practice in France since the 19th century, it is a marriage between the living and the dead. It became prominent during the second world war after many people lost their partners, boyfriends/girlfriends.

The marriages were necessary to ensure that the children of the late soldiers would be legitimate heirs of their fathers or mothers. However, there are critical conditions guarding this practice. First, the couple must have been making marriage preparations before one of them died. The living partner must also have a cogent reason for wanting the marriage else it may be nullified.