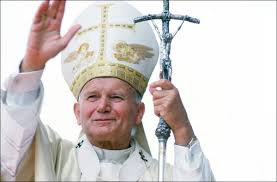 Witchcraft is a concept that is broad and nebulous and cannot be defined with precision because the idea varies culturally and societally. Historically, and in most traditional cultures worldwide - notably in Africa and in traditional Native American communities - the term is commonly associated with those who use metaphysical means to cause harm to the innocent. For much of human history, anyone who has seemed to have uncanny powers has either been hailed as a holy person or put to death as a demon.

But however, In the modern era, most especially among white peoples in America and Europe, the word may commonly refer to a harmless or a positive practices of modern paganism, where it seen as divinatory or healing power.

Below are world famous people who have been accused of this act.

Most people have actually seen Hillary and Bill Clinton as couple’s connected to dark forces. Bill Clinton has once been accused of using magical powers to win his presidential election, and how himself and his wife Hillary have been performing bizarre rituals for their own nefarious purposes.

Pope John Paul II, now a saint of the Catholic Church, is held by many to be a heroic figure of the 20th century. However, many has likened him to be an Antichrist due to his doctrines and practices and how he is been surrounded by occultist signs everywhere he goes.

Micheal was named king of pop of the twentieth century. He came to limelight and gained more prominence after releasing one of his earliest album Thriller, which sold around 66 million copies world wide. Most people have actually linked Micheal Jackson to witchcraft due to all his weird and creepy displays in his music videos. The sales of thriller album also got people talking that the success of the album must be linked to something metaphysical.

Since at least the 1970s, Stevie Nicks of Fleetwood Mac has been associated with witchcraft. “Rhiannon,” a song written by Nicks and recorded by Fleetwood Mac, is about a Welsh witch-goddess. Ever since releasing that song, people have been inquisitive if she was really a witch.

Pop Sylvester II was a very intelligent person, not only was he a naturally gifted scholar but also a supernaturally gifted one, which made him to be accused of witchcraft. People believed that he sold his soul to the devil in order to get knowledge in return and that he had practiced the act of magic from Spain, which was on of his main tool in rising to the rank of a Pope.

Kimberly Thompson who once worked as a drummer for Beyoncé claims the singer is wrapped up in the practices of "extreme witchcraft" and has been using her spells to run surveillance on her and controlling her finances.

She filled a court case against Beyonce which was an attempt to get a restraining order placed against the musical icon. But however, the case was denied by the court, probably because of her non-sensical allegations about witchcraft or Beyonce have once again used her magical powers on her.