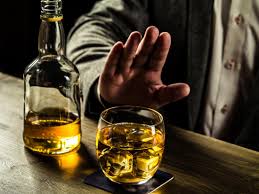 Humanity have for a long time had closed ties with alcohol. Even before the modern society was formed, alcohol has been a large portion of human life and has played a significant part is human history. Although, the fact guiding alcohol and the society is quite a controversial one, but in a crazy kind of way, alcohol have actually played a significant role in shaping our modern society and have played a key role in world politics.

An enzyme called ADH4 is the one necessary for processing whichever amount of alcohol we consume as humans. However, Other primates have the enzyme, but it function is quite different from ours and many of them cannot process alcohol as much as we can. An American chemist Steven Benner in his studies, discovered that this enzyme was formed in man when our earlier ancestors had started feeding on fruits that had undergone fermentation after falling off the tree. At that period our ancestors had no choice but to undergo an evolutionary changes in order to produce that enzyme so that alcohol can be acted upon and digested.

Alcohol is one of the faces of politics

Alcohol has played a larger role in American political history, it was one of the major recipe for the victory of most American leaders. George Washington’s first attempt at running for office was a failure, but he won on his next attempt after giving out about half a gallon of alcohol for each vote. Most candidates going for public offices had also adopted this method of campaign although some failed in their attempts but however, majority were successful because they know that for men to turn up, there must be booze for merriment.

This is even one of the major ways of winning some local elections in Nigeria; so many local government chairmen and councilor candidates have won elections simply because they know how to declare for boys while in beer parlors or in social gatherings - i think you know what i mean!

Louis Pasteur was a french professor in the 19th century. He discovered that microbes were responsible for the production of lactic acids and souring alcohol then he came up with the process of pasteurization. Pasteurization is the process whereby microorganisms are destroyed by heating beverages up to some certain degrees and then cooled. This discovery was a major breakthrough for many wineries, breweries, distilleries and food packaging companies.

The New Testament is really clear when it comes to the approval of alcohol. Apostle Paul in the bible stated clearly that wine is something that should be enjoyed and not abused, and abstinence is better than alcoholism. This statements of Paul are very clear and understandable and this is something that should end all disputes between alcohol and Christianity. Some Christians argue that the wine of the New Testament is actually non-alcoholic grape juice. They argue this even when the same Hebrew words describe Christ’s wine as the same as the wine that got Noah drunk and naked.

Cork production has been a booming business in most bottling companies. High-quality corks are needed to preserve the taste and quality of wine, their productions is one of the major ways most companies make billions of dollars.