The Hidden Features of Everyday Things 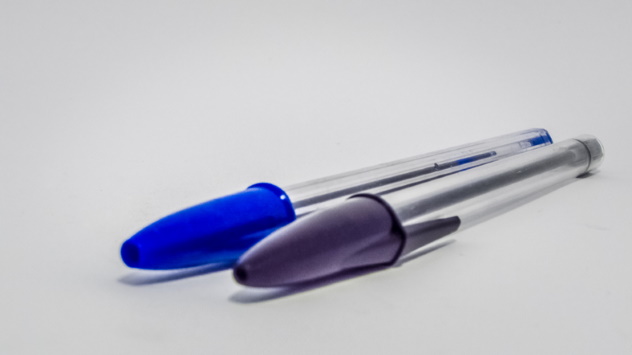 There are quite a lot of things we come across in our everyday life, we may know the function of these things without being told. But however, some of those things have some specific features whose function is totally hidden from our understanding.

The Tiny Holes In Plane Windows

Some of us may have noticed some tiny holes on the windows of planes, but what does this actually mean? it is a general believe that air is not suppose to get into the plane from the outer environment because this could be catastrophic. However, this is true. But it would lead to a greater catastrophe if these tiny holes where not present on plane windows.

The tiny holes in the windows of planes help in keeping the windows from fogging up like cars during winter, since the temperature outside is almost always lower than cabin temperature.

More importantly, they help minimize the pressure on the outermost windowpane by distributing it evenly among the inner layers, as the difference in pressure inside and outside the plane is quite massive and without those holes, we’d likely see a lot more plane crashes due to cracked windows.

The Tiny Buttons On Jeans

Denim jeans have remain unchanged after their invention in the 19th century, they have been in vogue ever since then as an everyday attire which can be wore to several occasions and in any type of weather. If you take a close look on your jean you would notice some tiny buttons around the pockets which seem not to be doing anything significant but just fashion as we may have thought. But actually these buttons are there for some specific reason that most of us don't know about.

These tiny buttons where made to hold the jeans all together to make it durable so that it would not fall apart since jean can be wore by people who do heavy duty works and professionals who carry heavy loads in their pocket like loggers and miners.

Have you ever wondered what would happen if someone buying fuel from a gas station carelessly or mistakenly drove off while the nozzle is not yet detached from the vehicle tank? we think it will be pretty much catastrophic right? that petrol would be spilled everywhere, but however the manufacturers had actually thought of these incident even before they invented something like that.

Every gas pump nozzle has a breakaway device at its other end. If pulled on with force, the hose will come off, and the gas will be kept from leaking everywhere. This is quite a frequent occurrence among most inpatient drivers and fuel pump attendants. May be you may have come across one incident like that or you may have been a victim of one before.

However this feature is not yet present in all vehicles. But if you own an Audi, Volvo, or Mercedes (among others), you may have occasionally noticed a flashing coffee cup sign on your dashboard. Most of us don't know what this signs actually meant but however, it is a built in mechanism that tend to alert you to take a break.

When the artificial intelligence of the car notice that you are having an abnormal driving behavior, this coffee cup signs shows up in order to remind you to take a break from driving and have some rest, may be a cup of coffee just to stay alert and be refreshed before you continue.

You may have noticed that all cooking pans usually have a hole on their handles, but do you know why they were made that way? we mostly believe that their function is to enable us hang them properly on cookware organizers. But however, that is not the reason the manufacturers had for doing that.

The hole is actually there to hold the messy spoon while you’re cooking, which is often a problem, as there’s frequently no other place to keep it other than in the pan. It’s especially handy for spoons made with plastic, as you can’t leave them in the pan for long periods of time.

The Holes in Pen Caps

Many pens have caps with visible holes in them, but what is actually their function?

Pen caps are designed like that because of kids.  Many students tend to play with the cap while using the pen at school, they risk accidentally swallowing them. Without the holes, the caps would almost certainly choke them if they accidentally swallowed it. The hole provides a passageway for the air to pass through until one can get emergency help.